Daredevil premiered on television with his very own series this past weekend and I couldn’t be any happier.

This isn’t the first time we have seen Daredevil on our screens. He started appearing on television in the late 1980’s. He was in the live action series of The Incredible Hulk and the animated series of Fantastic Four and Spider-Man. He also had his own feature film in 2003.

It’s been nice seeing Daredevil on the screen in these limited edition runs, but having a long-form television series is simply perfect!

Netflix is a great platform for this series. It allows for a grittiness and realism that we wouldn’t have been able see on network television. 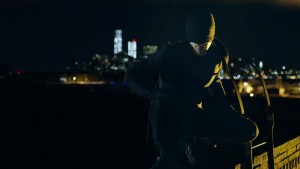 This thirteen episode arc drew heavily on Frank Miller’s The Man Without Fear without simply retelling that story. Just like in the graphic novel, Matt Murdock goes out to fight crime without a costume. He simply covers his face and eyes and wears all black.

The first time we see him in costume is the very last episode. He is standing on top of a building and holding his mask. The lights of the city make the cowl appear to be yellow for a brief moment. That really made me smile. It was a nice nod to my favourite retelling of his origin in Daredevil: Yellow. 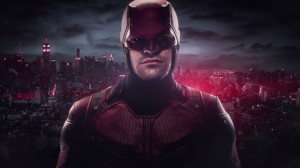 The fight scenes in this series are the best and most realistic I have ever seen on television. They do get a little gory at times though. But I like that the characters don’t stay down when they get hit. The hallway scene is simply brilliant in how exhausted each character is as they get back up and try to win the fight. 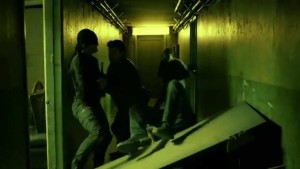 As a long-time Daredevil fan, I am impressed with how well the creators of this series have set up this fictional world. There are characters introduced here and hints of where this series can go villain-wise in additional seasons.

I also like that they simply didn’t just adapt some of the more well-known stories from the comics. This feels like a new comic story and keeps us guessing. And just like Game of Thrones, they aren’t afraid to kill off some characters .

I highly recommend reading Daredevil and checking out this Netflix series. We can expect much more great super-hero TV too. This season is to be followed up by a season of Jessica Jones: Spider-Woman, another season focusing on Luke Cage, one on Iron First, and finally bringing all of the characters together in The Defenders .

We are a golden-age of television drama and I can’t wait to see more!

Street Art on Another Level