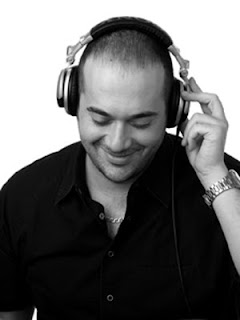 Chase: “Alright everybody this is Chase March and I’m here at the 2010 Stylus DJ Awards with Dance Club DJ of the year, Danny D.

You can download this interview from  the DOPEfm page, read it here, or stream it with the player at the bottom of the post.

Chase: “Pretty good. So, what’s it feel like getting this award?”

Danny D: “It feels really special because this is the first year for this category and I’m honoured to be the first one to receive it. It’s a sign of bigger and better things to come. I’ve worked hard for all these years to get to where I am. Ya know, hustling. I started out in the industry not knowing anybody, not having those connections to get in. And people keep asking me, ‘How’d you do it?’ and I hope I’m a testament to all the up and coming DJs that hard work pays off. So just keep working hard and the results will come.”

Chase: “Nice. So how did you start? What kind of gear did you have when you originally started out?”

Danny D: “I just had my two Technics, a little, I don’t know what it was, maybe a Pyramid mixer or something. Ya know, one of those old mixers where if you pressed two cue buttons at once it bled through. It was bad. But you know what? It’s a stepping stone. It’s where I learned. I just locked myself in the basement for hours and practised and practised and practised. And I hustled.

I’m not gonna lie, I did catch a lucky break but it was being in the right place at the right time. But to all those up and coming DJs out there, that might happen to you and you have to make the most of your chances. Sometimes you only got one chance to make it. You gotta take the bull by the horns and make it happen.”

Chase: “Definitely. So, do you have an online presence?”

Chase: “Nice. Do you have a favourite record to mix?”

Danny D: “Genre of music. I like the electronic stuff, the house, trans, but I’m a music lover and I love all kinds of music. I’m very versatile in the music I can spin. I play dance and splice in some rock, or remixes of rock stuff, the trans, sometimes on the radio show I’ll throw Spanish music down. It’s what the people want. I’m the people’s deejay for a reason because I play what the people want to hear.”

Chase: “Alright. Thanks a lot Danny D. Congratulations on your award.”

Danny D: “Thank you so much for having me.”