I have been following D-sisive’s career since I first discovered him in the 1990s.

I regularly play his music on my radio show. And before I landed on radio, I wrote about him in the university newspaper.

A few weeks back. I played a fairly old D-sisive track that wasn’t released on an album. It was part of a few tracks he released to get people hyped about his new project.

As such, “Let the Buzz Begin” is quite an appropriate title and a banging track that I wanted to feature on The Word is Bond Rap Radio. 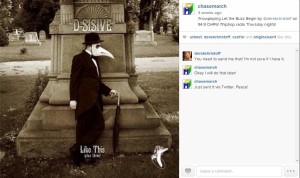 D-sisive left a comment asking me to send him the track. At first, I thought it was strange. Why wouldn’t he have his own track? But in this digital age, it is easy enough to lose a file, so I sent it to him via Twitter. 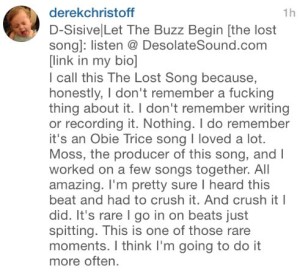 with these very kind words about me . . . 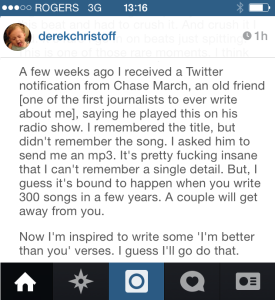 And it seems that I might even have inspired him to write a new song!

How cool is that?