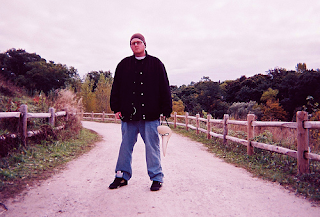 D-sisive got compared to Eminem a lot in the early stages of his career. I don’t think it was exactly a fair comparison. Eminem tried to be shocking with his material. D-sisive on the other hand was just your straight battle MC. Of course, they both were able to turn a phrase to have audiences cheering with appreciation or laughing out loud. They still do this as well.

But with Eminem, I found that his last two albums were just the same old, same old. I was bored of it and I didn’t want to hear it. His new album is really good though. That’s why I am glad that artists can grow and develop and offer us something new. It’s not just the same old album. It’s not just full of skits and people telling him he can’t rap about this and he’s gonna say his outlandish stuff anyway. He seems to be more human and vulnerable on this record and it is refreshing to hear.

Eminem says in the course of the record that his last two albums didn’t count and that he just wasn’t in the right spot creatively. I think some artists, no matter what the genre or format, often need to be in the right mind state and situation to create quality material. Otherwise, they will end up creating something without heart and the audiences will clearly be able to see that it isn’t up to par.

I really like following Canadian musicians. K-os was huge and we waited forever for his album to drop and it didn’t come until years and years later. D-sisive was huge and we waited forever for him to come out with an album as well.  Same with Saukrates, been waiting a long time for his second album. It makes me wonder why it takes so long for certain Canadian hip-hop artists to come out with their albums.

D-sisive feels that it goes back to being in the right place to create. Timing can be everything when it comes to art. He admits that he wasn’t in the right place all those years ago. “I know that I’m very thankful that I never put an album out in ’99 or 2000 because it would have been hideous.”

I have a hard time believing an album by D-sisive would have been horrible though. I really like the stuff that he did put out at that time. He had some great cuts on Dim Sum, the compilation album from DJ Serious. Truthfully, I would have loved to hear a full length D-sisive album along those lines. But it just wasn’t meant to be, it seems.

D-sisive doesn’t like to focus on his old material much but he says that he can still listen to ‘Childhood’s End’ from that compilation. I know that I still often quote one of his lyrics from that song. I did so in the BK-One interview as a joke because it is such a great line. D-sisive says, “I can turn a posse cut into D-sisive featuring some other rappers who don’t matter.” Brilliant line. I love it!

The old D-sisive is still alive and well. There really isn’t as much of a separation between the two as I’d first thought. You can still hear his attention to detail in his lyrics. He still has witty wordplay and he continues to inject humour into his tracks even on dark albums that are entitled, ‘Let the Children Die.’

“Dark, what are you talking about?” asked D-sisive during out conversation. “It’s very chipper,” he said.

I asked him what he was trying to say with that title and he told me that rappers like to keep secrets. He said that Shad knows what the title means and that he, himself knows what Shad’s new album, T.S.O.L. stands for. “Every night, we get on the phone and just laugh about it when people ask us what it stands for.” It’s apparent that D-sisive is a funny guy because he can’t even turn that off in an interview.

Another D-sisive lyric that shows the old D-sisive is still alive and well is from “Boom Baba Boom” from his Jonestown album. He starts it off like a gangta rap song, “I got a nine in my pocket” and then he quickly subverts that by admitting that he’s lying and that instead he has “a rhyme in my noggin.”

This track is completely brilliant. In fact, it gets so tangled up with imagery and comparison that D-sisive feins confusion before coming back to the chorus. You really need to hear his track.

I love how D-sisive talks about 2Pac’s first movie, Juice in this song. He chastises a young hip-hop cat for not having seen the movie. In the song D-sisive almost continues making his point anyway but stops and basically says, ‘Wait, you haven’t heard of Juice?’

D-sisive then starts using imagery from the film to highlight the beef and controversy behind the 2Pac and Notorious B.I.G. tragedies. He imagines Biggie smiling when 2Pac died in the film but before he died in real life and before he allegedly set him up and then, ‘Wait, I’m confused.’ And then it goes to the chorus. It’s a hilarious moment in a great song. I love it.

This album is available as a free download. Go pick it up, and it you love it as much as I do, go out and buy ‘Let the Children Die’ and his brand new one ‘Vaudeville.’ He’s been dropping a lot of music lately, including these albums and a lot of singles as well.

D-sisive went from being conspicuously absent for years to now where he seems to be everywhere. You can hear a lot of single tracks floating around as well as some great guest appearances on several different records, and of course, the recently released full-length albums.

“Yeah, I have a lot of lost time to make up for,” admits D-sisive. “So I just keep cranking out music.”

That is awesome. Keep cranking out those tunes D-sisive. I love what you’ve been doing lately. In fact, I still have coverage that I need to share with all of you. So come back tomorrow for more D-sisive. You can download the interview and mixset for free as well or you can stream it with the player below. Thanks for tuning in!

Music Playlist at MixPod.com
D-sisive, In The Right Place and Time

2 thoughts on “D-sisive, In The Right Place and Time”