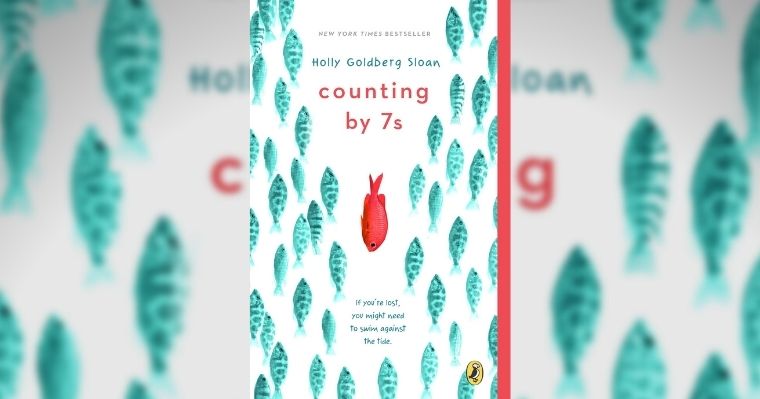 This book captured me from the very first page. And how could it not, with writing like this?

I loved the pacing of the story and how slowly the author revealed important parts of the main character’s life. It truly was a page-turner and I had a hard time putting it down.

The story revolves around a twelve year-old girl who likes to count by 7s. For some reason, I didn’t really think this was odd. Even when she knew the value of Pi to more than the two digits most of us know, I just thought she had an affinity for mathematics. It turns out that she might have autism. It’s never once mentioned in the book, however.

Her school counsellor doesn’t even mention it, even though he classifies his students in a very strange way. Perhaps he is on the spectrum as well. It makes sense now that I think about it.

But I didn’t think about these things as I read it. I just got sucked up in the story and enjoyed every minute of it.

This is one of those stories where the ending infuriates me. It makes absolutely no sense. I don’t like to include spoilers in my review so I won’t do that. Maybe you should read it. Maybe the ending won’t bother you as much as it did me.

This book has triumph and tragedy but it is ultimately a feel-good story that will show you the power that one person can have in helping and inspiring other people, even when she has no idea she is doing so.

Rap Group Got Me Reading a Classic

Jericho Returns for a Third Season

The Amazing Spider-Man is Back!