We had fun dressing up as fictional characters this past weekend at Fan Expo Canada in Toronto, Ontario. 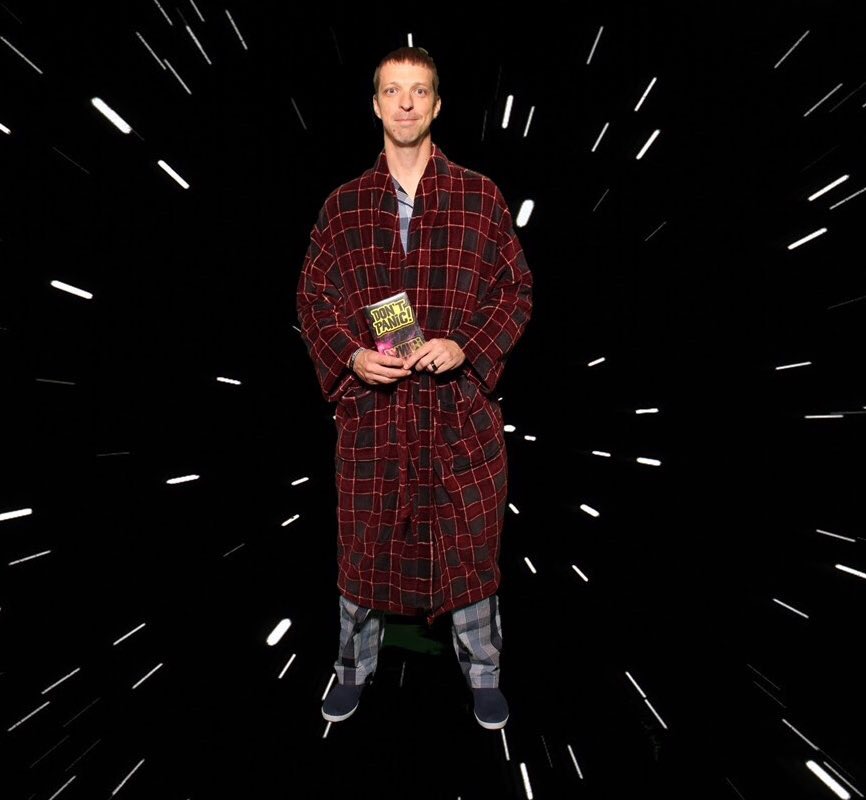 I wasn’t sure my Arthur Dent cosplay was going to work. I was really excited to try it out though since this year I turned 42 years old. It just added an extra layer of meaning to this outfit. I made a book cover so that I could actually carry around The Hitchhikers Guide to the Galaxy in my pocket.

My daughter had a great idea to use a safety pin to shorten my pocket so that the “Don’t Panic” text was always visible as I walked around the convention. I’m glad she suggested that. The costume was a bit hit. I had dozens of compliments and comments and one person even asked to take my picture. 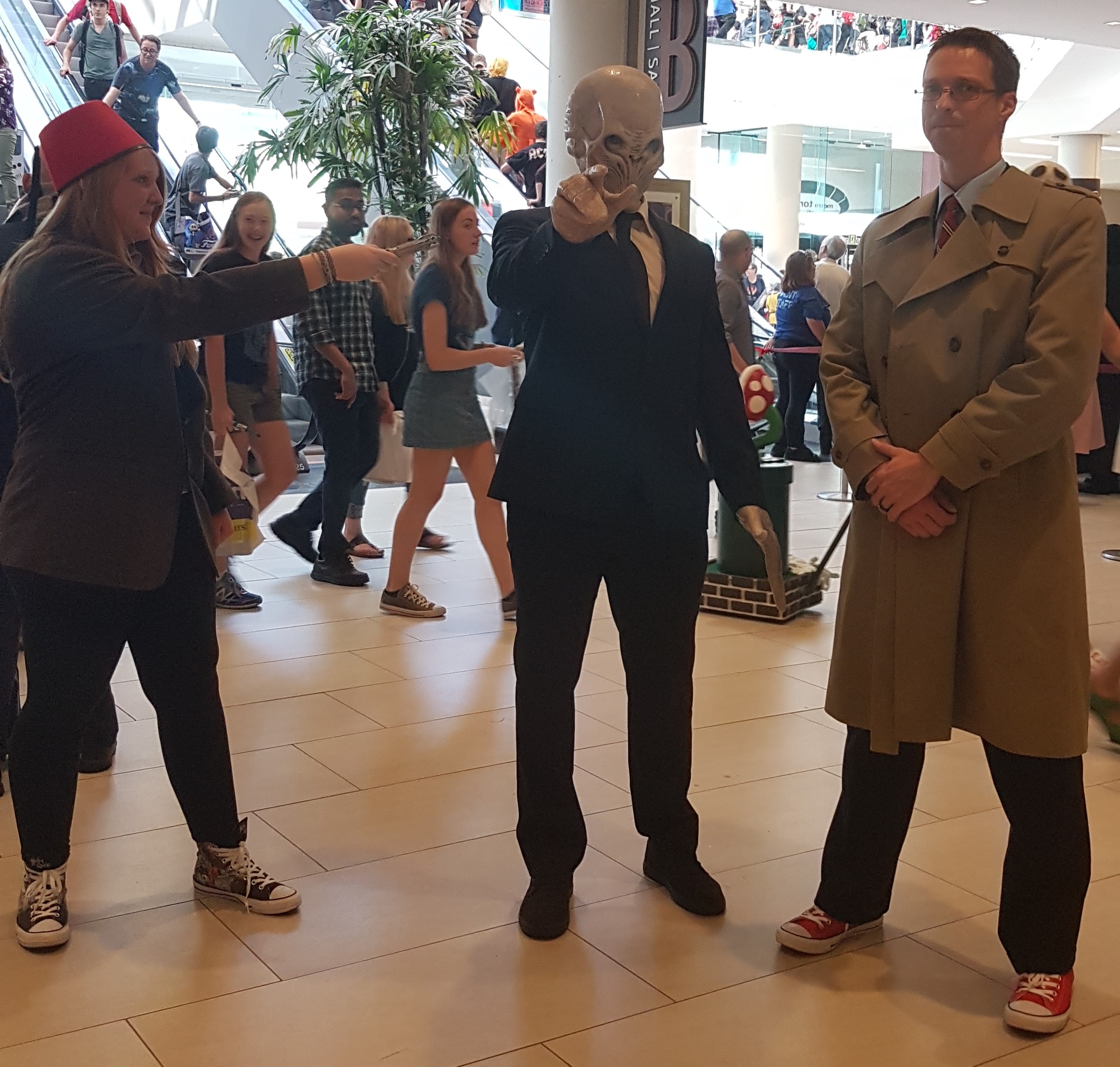 We had to get out picture taken with this guy. His costume of The Silence was awesome. 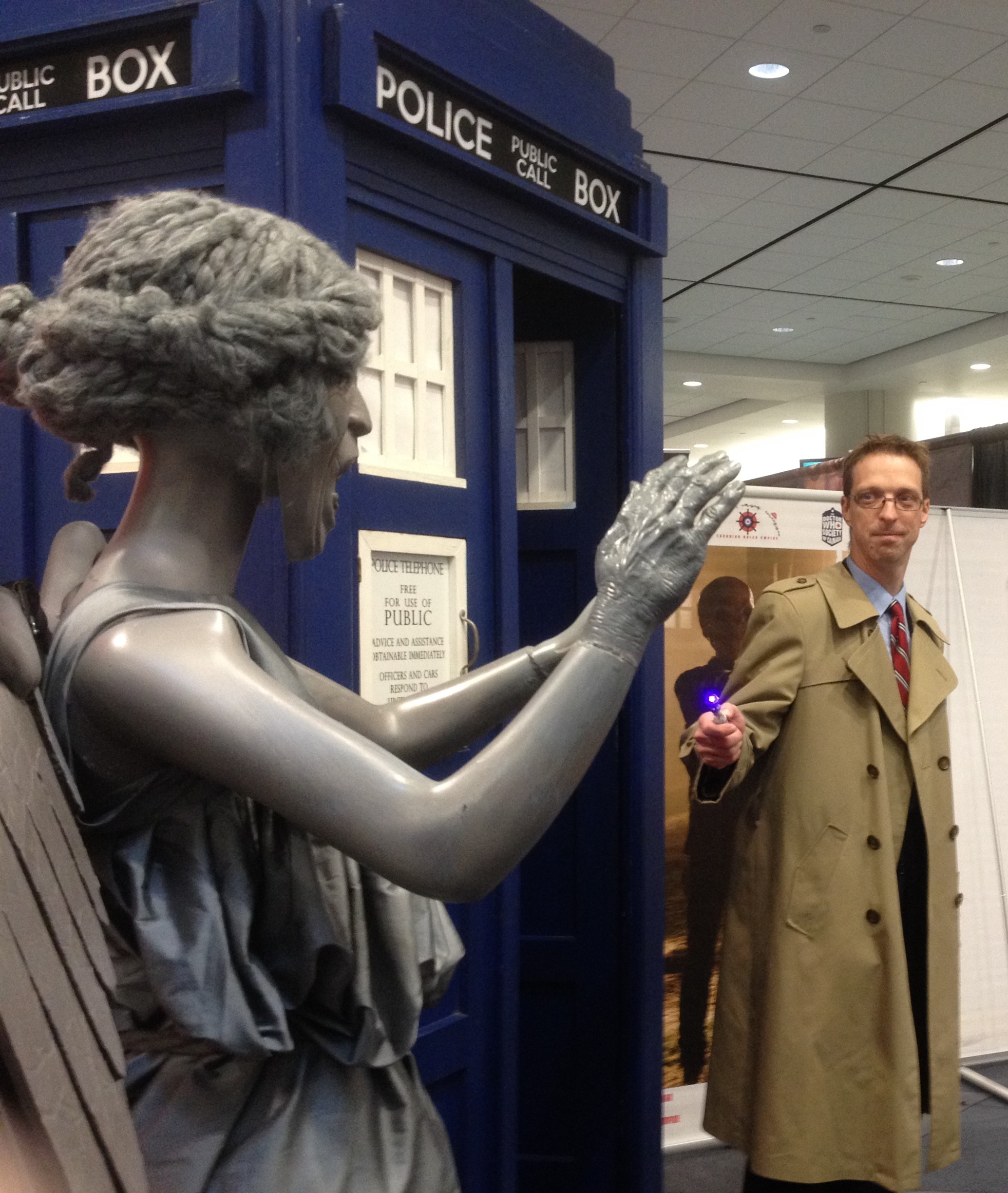 At one point, I stepped out of my TARDIS and was confronted by a Weeping Angel. I didn’t blink once. 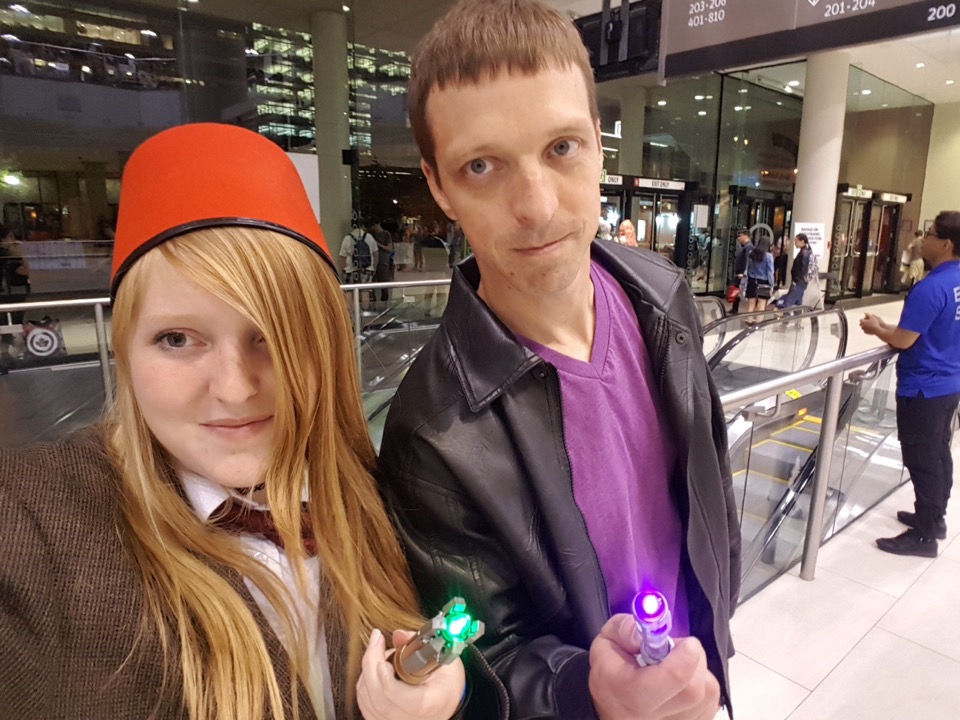 I love how both my daughter and I stepped up our cosplay game this year. She looked great as a gender-bent Matt Smith Doctor, complete with the best Fez I saw anyone wearing. And the purple shirt works better than the black one I wore the last few years for my Chris Eccleston cosplay. 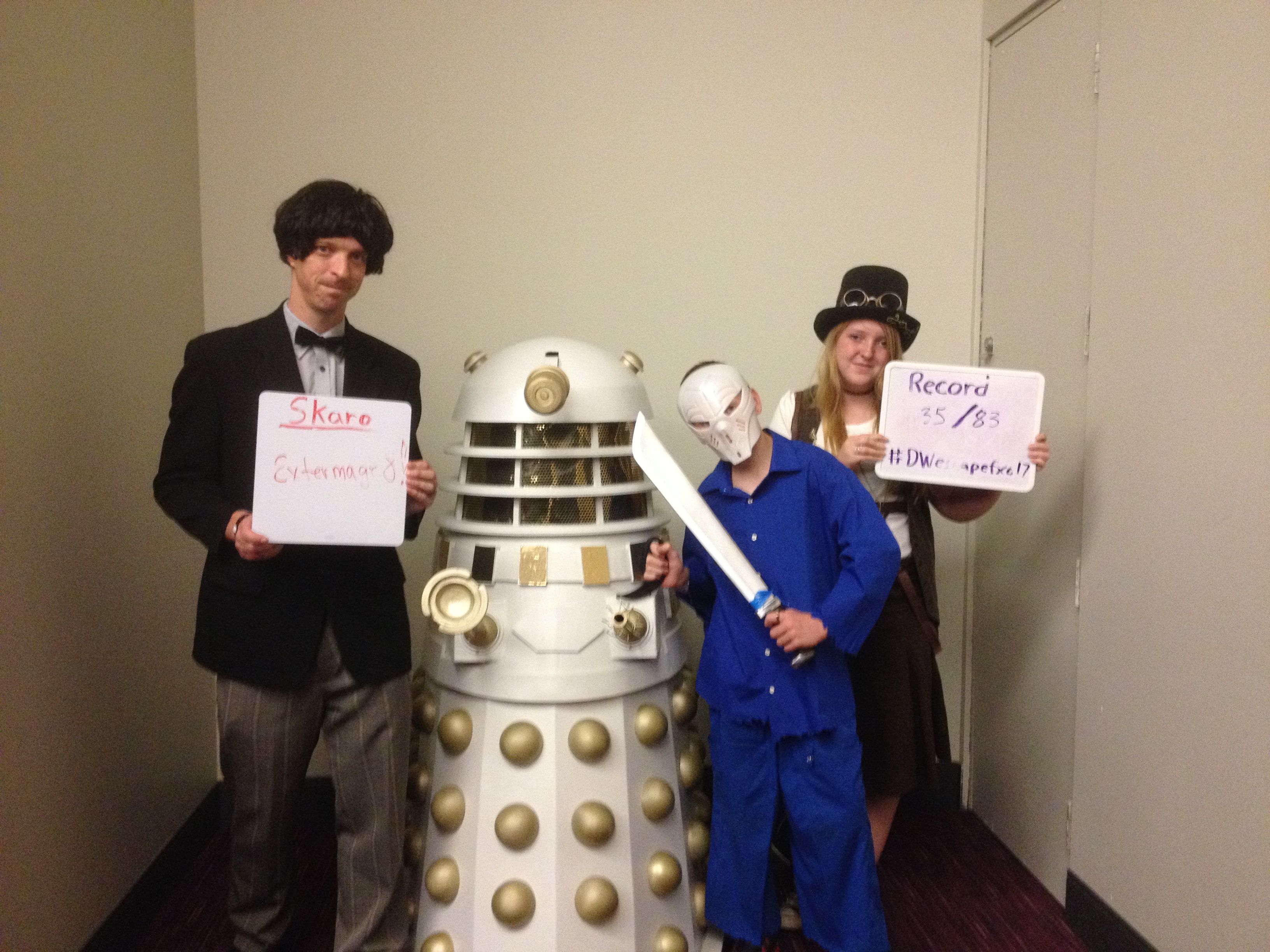 My son wanted to cosplay Jason from Friday the 13th. He ripped up some clothes and tried to dirty them up for effect. My daughter also did a steam-punk costume. And I stepped up my Second Doctor cosplay with a better pair of pants, a new bowtie, and a wig to get the mop top hair right.

We went into the Doctor Who Escape Room and solved a series of challenges over the course of an hour. We had a little help from another group of Whovians since each game required eight players. But we worked together and escaped a grisly death from this Dalek. 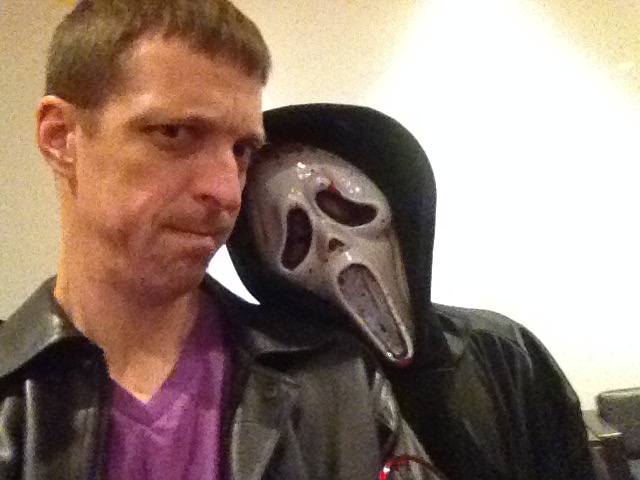 The weekend was so much fun. I cosplayed four different characters, including a brand new one. My daughter did Mad Hatter, the Eleventh Doctor, and a Steampunk character. My son dressed up as the Scream villain and Jason from Friday the 13th. Small kids were actually frightened by the above costume that dripped blood down the mask.

We all had a blast and can’t wait to do it again next year.