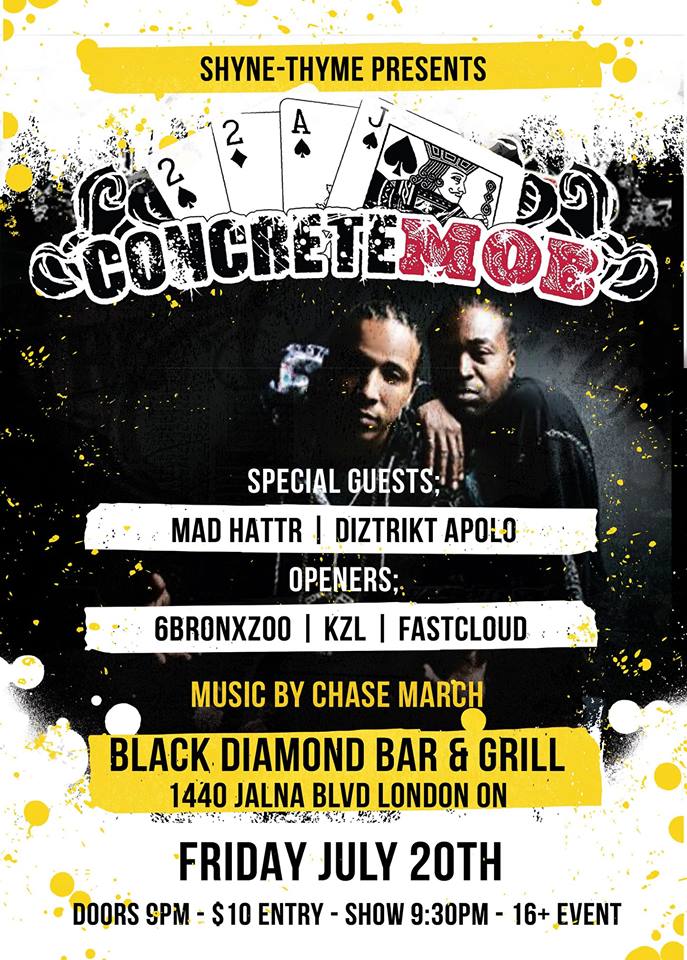 Concrete Mob exploded onto the hip-hop scene with their iconic song, “Boiling Point” that was featured on the first Rap Essentials compilation back in 1996.

The group consists of emcees; Blackjak and Deuce Deuce. They grew up as childhood friends, beat-boxing and reciting rhymes on their neighborhood streets of downtown Toronto, Canada. They quickly made a name for themselves in the Canadian hip-hop scene with their debit single and strong stage performances. They bring what they do best to the Forest City tomorrow night and it is bound to be a great show.

Also on the bill are;

And the DJ for the night is;

Here is a little bit of what you can expect at this show.

Brought  to you by Shyne-Time entertainment, this is sure to be a fun night.

Make sure you get there early as the show starts at 9:30 p.m. and will be done by midnight. This isn’t one of those shows that doesn’t get started till midnight. If you are late, you will miss some amazing performances.

Lyric Jones Closer Than She Appears

Know Your History: Hip-Hop in Black and White

All Request in ’96 (Mastermind Street Jam)