One of the most popular features on my blog is my Photographic Tours.

My goal in starting the feature was to document the different trails I came across.As such, it has become a running log of sorts and a guide for people wanting to find some great trails.

I hadn’t thought much about the history of these sites. I was more concerned with the trail itself and whether or not it made for a nice cross country run.

Hilary commented on my post about the Clark Wright Conservation Area and wondered who Clark Wright was and what he had accomplished to have a park named after him.

I did a quick Internet search in order to respond to her comment and I couldn’t find any relevant information. In fact, the very first hit on my search was my own blog.

I recently received an email from the personal secretary of J.G. Clark Wright and she filled me in on some of the history and significance of the family. She even asked me to provide this information to you, dear reader.

Don’t know if you have gotten the background for Clark Wright, but I can give you some clues:
I was personal secretary to J.G.Clark Wright, and his younger brother C.W.E. “Bill” Wright from 1972-1980.

They were V.P.’s of E.J.Wright Central Limited in Strathroy, Ontario. I joined the firm shortly after E.J.’s death.  All of the kids were high achievers.

All four Wright brothers formed a band and toured all over Ontario and even into Michigan. Bill met his wife in Battle Creek, Michigan and they then settled in Canada.
Donald Wright pursued music in Toronto, was a professor, endowed UWO Faculty of Music. His daughter put out a single in the 50’s that was very well received.
JG Clark went into journalism and marketing.  When he returned to Strathroy, he headed the Marketing/Advertising component of Wright Central. Personally, he was deeply involved in St.Clair Regional Conservation Authority (hence the Memorial Trail) and the Strathroy Library Board. 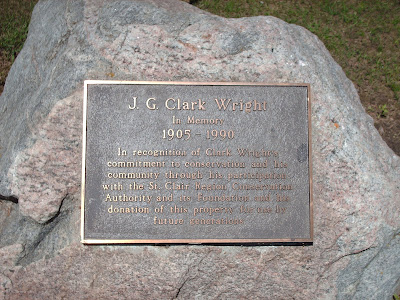 CWE Bill was the ‘salesman’ of the family. He never completed a University degree, but he was a power-house in Sales and expansion of our market into UK, the Caribbean, Europe. He also held the position of General Manager so that he was ‘hands-on’ with production at the Wright Assemblies’ plant which manufactured shopping cart, store shelving, pharmacy counters, etc which you no doubt saw at Shoppers Drug, CTC, Home Hardware just to mention a few that stick out in my mind.  He was also in charge of plant-safety and worked closely with IAPA and St.John Ambulance, and instituted First Aid classes for all the staff (I was the instructor). He was even awarded an Order of Canada. 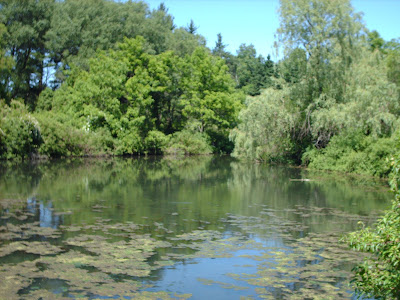 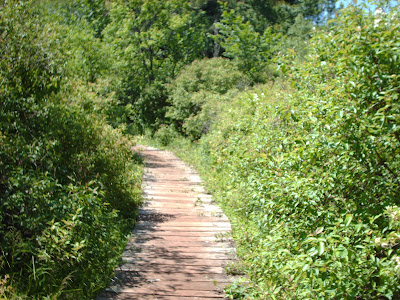 Now, we come to the only daughter of the family: Dr. Mary J. Wright.  She specialized in Early Childhood Psychology at UWO and is still involved with the programmes she helped pioneer. She was awarded “Women of Excellence” in 2007. Her acceptance speech was a little abrupt because she was going in for hip-replacement surgery shortly. 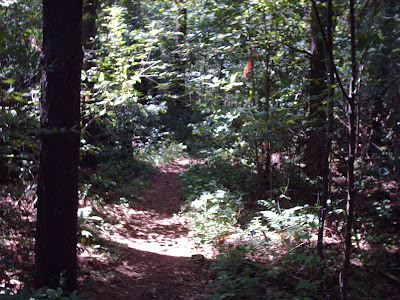 As you can imagine, with everyone relatively close and intertwined, I was fielding calls from just about everyone, including the next generation.  With so many men in the mix, it wasn’t workable to announce “Mr.Wright is on the phone for you, Mr. Wright.”  Mr.Bill and Mr.Clark were only divided by a wall, but if a question came up after some dictation, I would simply announce, on my way by, that “Mr.Bill needs to talk to you, Mr.Clark, when you have a minute.”

Everyone soon got the hang of it and it was: Miss Mary, Mr.Andrew, Mr,Don, etc.  right thru the next generation, as well.
Thanks, Renate for providing us with this additional information. If you want to learn more, you can visit the Business and History page from the UWO archive. There you will find an article dedicated to E.J.Wright Central Limited.