Last semester, I took a class for my Master’s of Library and Information Science program that focused on children’s material. The required reading list was quite long. Basically, I was expected to read two books a week over the course of term. Fortunately, I had already read some of the classics and we were given choice on which books we could choose from a weekly reading list.

Here are my thoughts on two of the books I read this term. 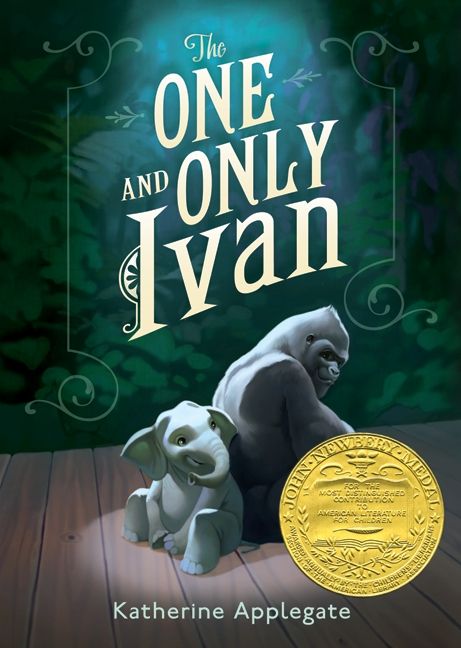 The One and Only Ivan  by Katherine Applegate

This story is narrated by a Silverback Gorilla and while he is smart, he doesn’t know everything. He readily admits that to us throughout the course of the book and there are a few times where I found myself wishing that he understood more. One of those times was when he was visited by a veterinarian and he acted tough. I felt a tinge of sadness when the vet said he might have to be put down. Ivan didn’t know what that meant and celebrated his small victory at having the veterinarian move on.

Later in the book when Ivan was moved into a box for transportation and he suddenly felt sleepy, I actually swore at the book. I did not want to see him die. I was pleasantly surprised to find out that he was merely tranquilized for transport and ended up in a new, safe place, at a zoo.

I especially liked the afterword from the author and how she drew inspiration from real animals and events. It was a nice addition to the story and a great way to get some extra information after reading. 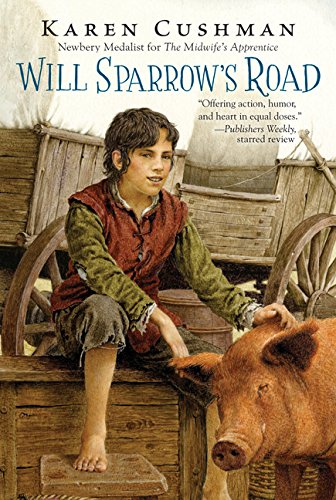 Will Sparrow’s Road by Karen Cushman

Will Sparrow’s Road was a book that I did not want to finish. I had a hard time getting into this story. It seemed a little cliché. A boy runs away and joins a travelling freak show. I almost abandoned the title to try something else from the list. I’m not sure why I didn’t.

I liked the blind juggler character. He had a great attitude towards life despite his disability. He was determined to become a juggler when someone insinuated that he was useless since he had no sight. He took a comment that they used to tease him and turned it into a strength. This reminds me of another character in fiction, that of Matt Murdoch. He was also teased as a child simply because he took his dad’s advice of studying hard and making something of himself. Other children teased him since he always seemed to be studying. The taunted him with chants of “Daredevil,” a name he took on years later when he was gifted with superhero abilities. He became the defender of Hell’s Kitchen and looked after the people of his neighbourhood as Daredevil, the man without fear.

This book also had an afterward that explained many of the author’s choices. I was pleasantly surprised to learn about all of the historical research she did to make the story ring true to the times in which it was set.