It’s kind of strange how I first encountered the books of Ember.

Near the end of the school year, I injured myself at the track and field event. I had to go to the hospital and I knew that I would probably be stuck in a waiting room for a while. I didn’t have much time so I quickly grabbed a book off of the student bookshelf in my classroom. It was a new book that I had just ordered from the school book club. I only ordered it because it was on sale and I had credit with the company.

I’m so glad I brought that book with me. I ended up reading the entire thing during those two days of waiting in hospitals and x-ray rooms. It was a great way to pass my time and it was an excellent story as well. 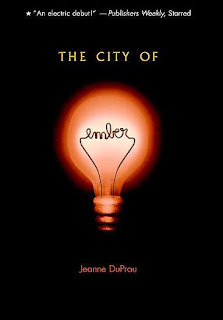 The book was “The City of Ember” by Jeanne Duprau. I soon discovered that there is an entire series of Ember books, five in total. And while the first book could stand-alone as a great piece of fiction, I knew I wanted to read the second one. 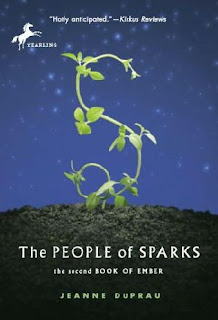 In the first book, the residents of the City of Ember live in a completely dark world. They are running out of resources, the most important of which seems to be light bulbs. The residents are forced to live on smaller and smaller rations every day. They also do not have the knowledge of how things work. The residents don’t really know what to do about these problems and carry on with their day-to-day lives as if nothing is amiss. However, two recent graduates realize that something is terribly wrong with their city and try to do something about it.

The second book “The People of Sparks” takes up right where the first one left off and continues the story. I don’t want to give any details out here so that I won’t spoil it for any of you who haven’t yet discovered this series.

The Write Start: Nurture Writing at Every Stage

The Way You Speak Depends on the Situation (Teaching Tip)