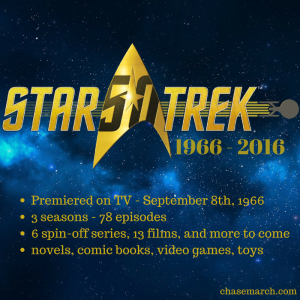 50 years ago today, on this very date, September 8th, the world was changed by a little television show called Star Trek.

I have fond memories of the show even though I wasn’t alive when it premiered on that Thursday night back in 1966. My father and I used to watch the show together in the 1980s. I loved every minute of it. The interaction between the three main characters, Captain Kirk, Spock, and Bones was something magical. The stories were always well done and perfect family-time viewing as each episode was basically a morality tale.

For my eighth grade graduation present, I asked for a very expensive model from the Franklin Mint. My parents couldn’t afford it so I chipped in with allowance and birthday money to pay for half of it. 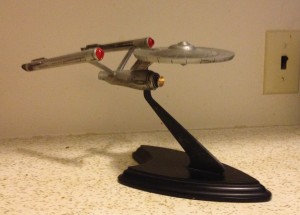 A few years ago, I bought the digitally remastered DVD collection of the original series. They look fantastic and don’t distract at all from the original versions.

I used to play this trivia board game with my dad. He was the only die-hard Trekkie in my circle of family and friends that I could actually play it with. I miss him a lot and wish he was still here to celebrate the 50th Anniversary of Star Trek with me. 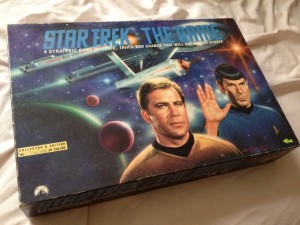 He bought this really cool 3D Chess set. It’s incredibly difficult to play. Chess is hard enough without multiple levels to think about, plan, and defend. 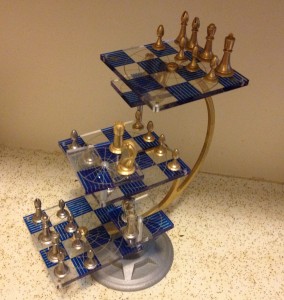 We also used to read every Star Trek adventure we could get our hands on. We read tons of the novels and I still have a few of them. We used to go to some flea markets back in the day and I discovered old comics. Gold Key published Star Trek and I bought all that I could afford. 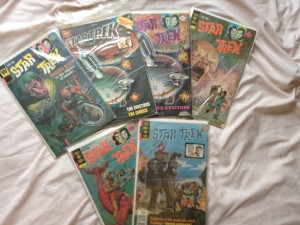 I collected the Marvel series that ran for two years starting in 1979. I am only missing the last three issues. 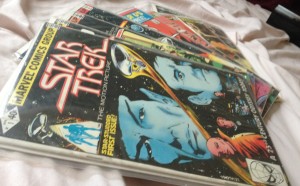 DC picked up the rights to Star Trek and published two volumes of the original series. 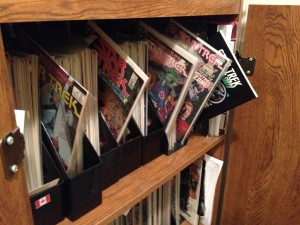 DC comics also published a mini-series of Star Trek: The Next Generation, which lead to a monthly title. I collected them all. 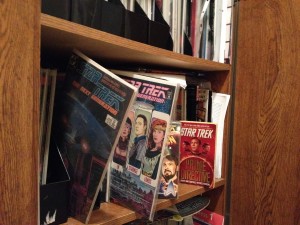 I celebrated the 50th Anniversary of Star Trek this past weekend by attending Fan Expo in Toronto. I dressed for the occasion as well. 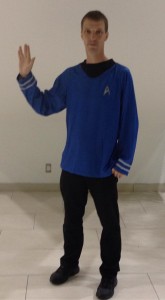 I even got one of my comics signed by the one and only Klaus Janson. 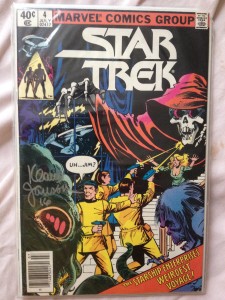 And I saw the original Captain Kirk, William Shatner. 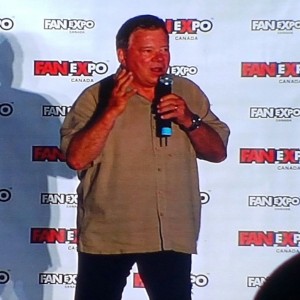 I have written here about my disappointment with the latest film franchise and how it has failed to measure up to, or capture the magic and essence of Star Trek. It is possible that the film-makers listened to die hard Trekkies such as myself, because Star Trek: Beyond is the best film they have produced in the new rebooted universe. 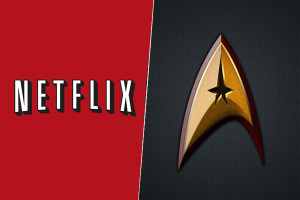 Netflix has every incarnation of Star Trek right now to help celebrate this momentous occasion. You can stream all of the episodes from every series, including the rarely seen animated version.

And a new TV show is coming this fall. I can’t wait!

How are you celebrating Star Trek 50?

Please let me know via the comments or social media.

Joan of Arcadia (in reverse)

Hip Hop at the Emmys