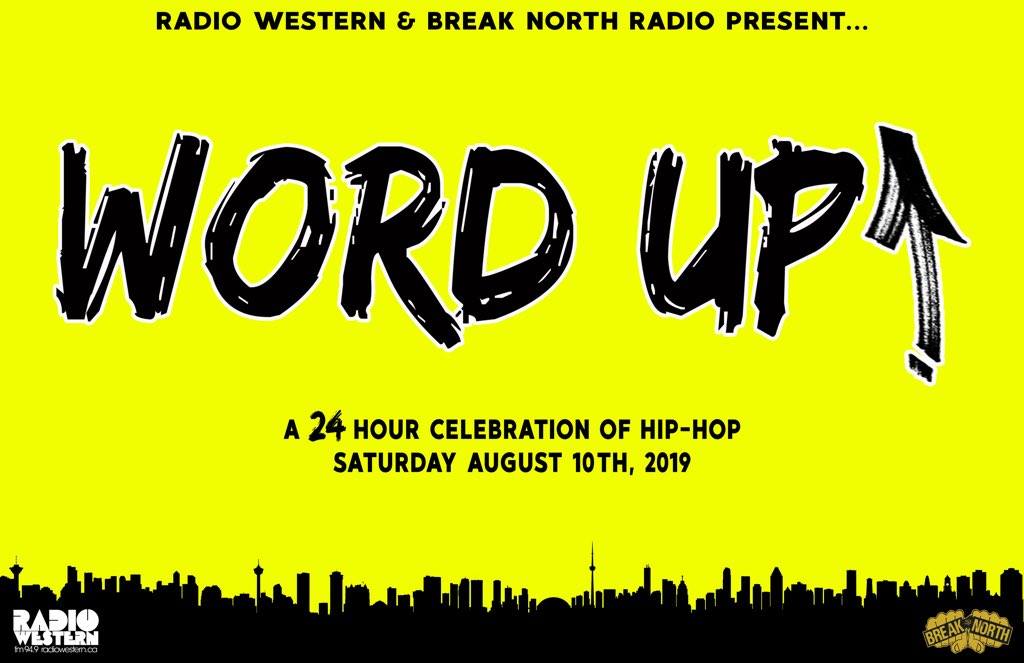 August 11th, 1973 is recognized as the first hip-hop event. Last year, we celebrated hip-hop’s birthday with the first ever Word Up spectacular. Well, this weekend we did it again.

I did a special on breakdancing and talked to Midus to debunk some of the myths surrounding this often-misunderstood element of hip-hop culture. Later in the day, I hosted a trivia game show. That was a lot of fun and something I definitely want to do again.

There were a bunch of guest DJs from all over the country, exclusive interviews, a close look at break beats, and much, much more.

And just in case you missed it, here is the archive of the entire 24 hours of programming.

The shows below are in the order that they aired. You can stream them all here or on the Word Up Mixcloud page.

The Gripple Effect Mixshow Says Word Up with DJ Gripski

Know Your History – Breaking with Midus

“The East Is In The House” Interview Series with Sum-01

All You Can Eat – The Breaks with Uncle Ando

Around The Way – 90s Era Soundtrack Joints with AB Quality

If you enjoyed these shows, we’ll be back next year to give you some more. In the meantime, head on over to the Word Up! Radio Western Mixcloud Page and stream another 24 hours of great content from the 2018 spectacular.

Celebrate Hip-Hop’s Birthday with Word Up!