I pull up to my girlfriend’s apartment and park right in front of the building. The area is marked as a “fire zone” but most people park there to unload or pack up their cars or moving trucks.

I didn’t think anything of parking there as it would only take us about twenty minutes to load up the car for our camping trip, and we’d be on our way.
I was surprised at how much stuff we actually packed for a week of camping. The car was completely packed. It would have been impossible to squeeze one more thing in.
We got in the car. I looked at the load in the back, turned to Dana, and smiled.
She said, “Let’s do this! Let’s go camping!”
I start the car, smile, and then . . . 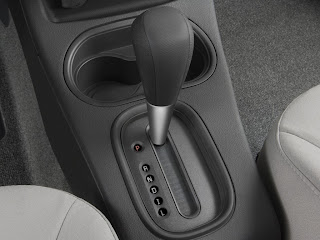 The gear shift would not respond.
The button was stuck. The handle would not shift into gear.
“You gotta be kidding me!” I said.
I called the dealership, which happened to be only a few blocks away, and they said they could look at it as soon as I got there.
I called CAA (the automobile club) and they told me they’d be about an hour and a half. I’ve relied on them several times throughout the years and they often get there a little faster than they estimate. They always call a few minutes before they get there so you don’t have to wait in the car for all that time.
So I pop the hood, put on the four-ways, and we lug the coolers back upstairs. We put the perishable stuff back into the freezer and fridge and then wait.
I go on Tumblr and find a few interesting Doctor Who videos. I’m basically just wasting time.
Dana looks out the window and says, “There’s a moving truck out front now.”
I look through the window and notice that the loading ramp is directly in front of my car. I’m afraid that they’ll scratch my car.
Then I look closer, and see that it was not a moving truck at all. It was a flatbed tow truck and the driver is attaching the chains to my car.
“I’m getting towed because I’m in the fire zone!”
Dana doesn’t even think. She runs down three flights of stairs to tell her building not to tow the car. I quickly follow her and we discover that it was indeed the CAA. This is the first time they have never given me the warning call, “Our driver is on his way and should be there in ten minutes, please meet him at your car.”
We’re pleased to see him and he does an excellent job diagnosing the problem. It turns out that we still need to go to the dealer, but he can rig the car so that I can actually drive there.
He goes under the hood and manually puts the car into “drive.”
It was strange driving when the gear shift was still locked into park. But fortunately, the dealership was only five minutes away.
It took a couple of hours, and over $400, but the car got fixed, and we were finally on our way to the campground.
Of course, this was only one of a few interesting camp adventures. Stay tuned to this blog for a few more stories and pictures. 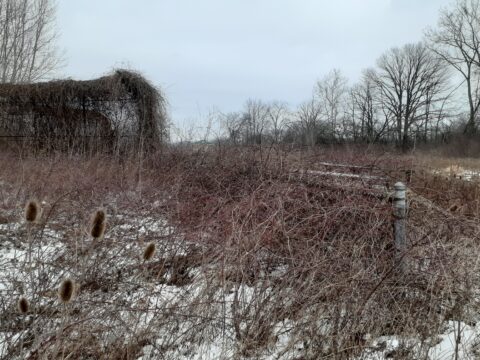 This Used To Be My Playground . . . Watch Out For Zombies

The Mystery of the Internal Clock