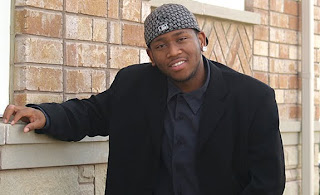 Boi 1da took home Canadian Producer of the Year at the 2010 Stylus DJ Awards. I had the chance to catch up with him backstage for an interview. You can download the interview for free, you can stream it with the player at the bottom of this post, or you can read the transcript.

Please check out all the interviews we did for DOPEfm at this year’s Stylus Awards. It was a great event and I was glad to be there covering it for our radio show. So without ado, here is the interview.

Chase: “Alright, this is Chase March and Daddy J for DOPEfm and we are here with Canadian Producer of the Year, Boi 1da. How’s it going man?”

Chase: “It’s nice having that statue on your knee there, eh?”

Chase: ‘We’re at the 2010 Stylus Awards and you’ve been dropping heat like crazy for a while. You’ve really been making a name for yourself. We’ve been spinning a lot of your tunes.”

Boi 1da: “I appreciate that a lot man. If it wasn’t for people like you, then I wouldn’t be me right now.”

Chase: “Definitely. So, can you tell us how you got started in the production game.”

Boi 1da: “I got started when I was 16. I actually used to rap and then I didn’t feel comfortable rapping. I really have nothing to rap about. I grew up in Ajax. I didn’t have a bad life really, you know what I’m saying? So I really had nothing to rap about. I wanted to incorporate myself in music in a different way so I decided to take it upon myself to start producing and I just got addicted to it. And here we are today.”

Chase: “Nice. So what kind of gear did you start with.”

Boi 1da: “I started FL Studio 3. Now I use number 9. They used to call it Fruity Loops back in the day but now’s it’s FL Studio. I still use that, ya know, same number same hood.”

Chase: “Wow, nice! You’ve been working with a lot of artists lately. Is there anybody you want to work with that is still on your wish list?”

Boi 1da: “I want to start working with pop artists like Katy Perry, Britney Spears. Ya know I’ve been doing a lot of hip-hop. I’ve done a lot of work with hip-hop artists. I’m trying to get into different realms and different genres and just get out there.”

Chase: “Yeah, I really like how the fans can connect with the artists and how a lot of artists are out there making connections with the fans.”

Boi 1da: “Yeah, it’s needed because they help you out a lot. So why not connect back with the fans, the people who are making you who you are because without the fans and without people supporting you, you’re nothing. You gotta connect with them someway, somehow.”

Chase: “Definitely. What’s the first record you ever bought?”

Chase: “That must be like a dream come true. You must be so happy with where you’re at.”

Boi 1da: “Of course. I thank God every day. I could be doing a lot of other stuff but I got the ability to make music and it feels great that I’m doing it and people are enjoying it.”

Chase: “That’s awesome! We are an overnight hip-hop show here at DOPEfm so we make sure that people know your name. We don’t just focus on the rappers. And that is what’s really cool about tonight at the 2010 Stylus DJ Awards because we’re looking at the behind the scenes stuff.

Now I can finally put a face to the name of all the records we’ve been spinning. It’s pretty cool to be able to sit down and talk with you here So congratulations on the award. We’re gonna continue to spin your stuff and look forward to all the great things you’re gonna do in the future.”

Boi 1da: “I really appreciate that man. Thank you guys a lot.”