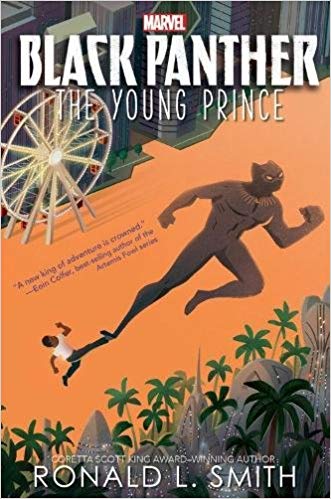 I really enjoyed the Black Panther movie. I was familiar with the character before the film, but I had really not paid him much attention. I read a graphic novel here and there, but they never really captured my attention.

I wasn’t sure about tackling this novel, but I thought I would give it a chance. It respects the world created in the cinematic Marvel universe but puts a new spin on it. In this tale, the Black Panther is still a teenager and his dad ships him off to a public school in America for his protection.

Back in Wakanda, it seems as though things are in upheaval. In fact, this could be the events that were mentioned in the film when Klaw steals a large portion of Vibranium. Of course, we aren’t really privy to what is happening back home as things start to heat up for T’Challa and he is left to pretty much his own devices.

A teenaged T’Challa has to struggle with his duty to Wakanda, his relationship with his best friend, and an evil plot that seems to be a foot in Chicago, all while adjusting to life in middle school.

This was a fun read and one that compliments the film in ways that will surely engage young readers.

My List of 2018 Reads – Novels, comics, memoirs, and other stuff I’m reading now.