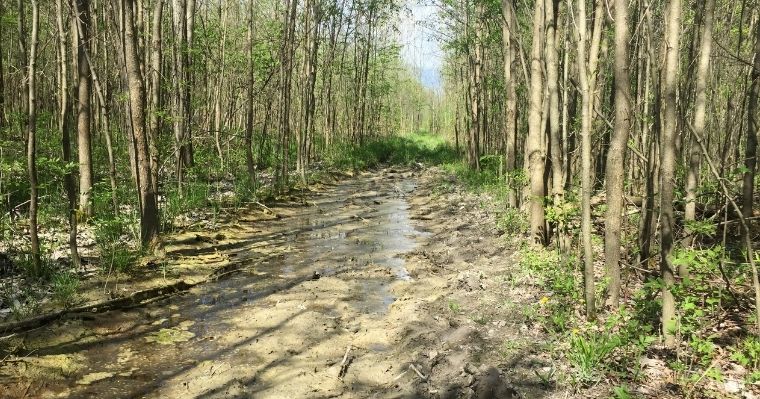 I recently downloaded the AllTrails app to help me find new places to explore and fresh new trails to run. I saw this description and was intrigued.

“Check out this 4.7-km loop trail near Saint Clair, Ontario. Generally considered an easy route, it takes an average of 1 h 1 min to complete. This is a popular trail for cross-country skiing, hiking, and snowshoeing, but you can still enjoy some solitude during quieter times of day. The trail is open year-round and is beautiful to visit anytime.”

I wouldn’t have been able to find the place without the map navigation on my phone. There was no sign to mark its entrance. But if you look closely, you can see a tiny sign off in the distance here.

I had to walk down this field for a few hundred meters before the trail actually started.

It was quite muddy back there and I had to hop over a few fallen trees. But I kept on, hoping that the trail would be smoother and open up a bit further down the route.

There were parts of it that were nearly unpassable. I was surprised. It had been quite warm and hadn’t rained in a while, so I wasn’t expecting this level of muckiness.

I was trying to figure out why there were deep pits in the mud throughout the trail. After sinking it right up to the top of my socks a few times, I realized that these impressions were made my horses.

The trail was supposed to a nice loop but for some reason, I came out at this farmer field and didn’t see where the trail continued. I ran alongside the bush for a while but had no idea where I was.

I headed toward the telephone or electric lines I saw off in the distance. I figured that they would be near the road.

I found something that looked like a road, but it only lead me to the place where school buses go to die.

Finally I found the road but I was at least 2 kilometers from my car at this point.

That was not a fun run. I don’t plan to even running this trail again. I’m glad I went early in the season though. This could have been much worse if it were more overgrown.

I think this trail might be better for winter sports like the description suggested. It did say it was open year-round though. Today, I will be sticking to one of my old fav.

Here is my collection so far – https://chasemarch.com/photographic-tours/ 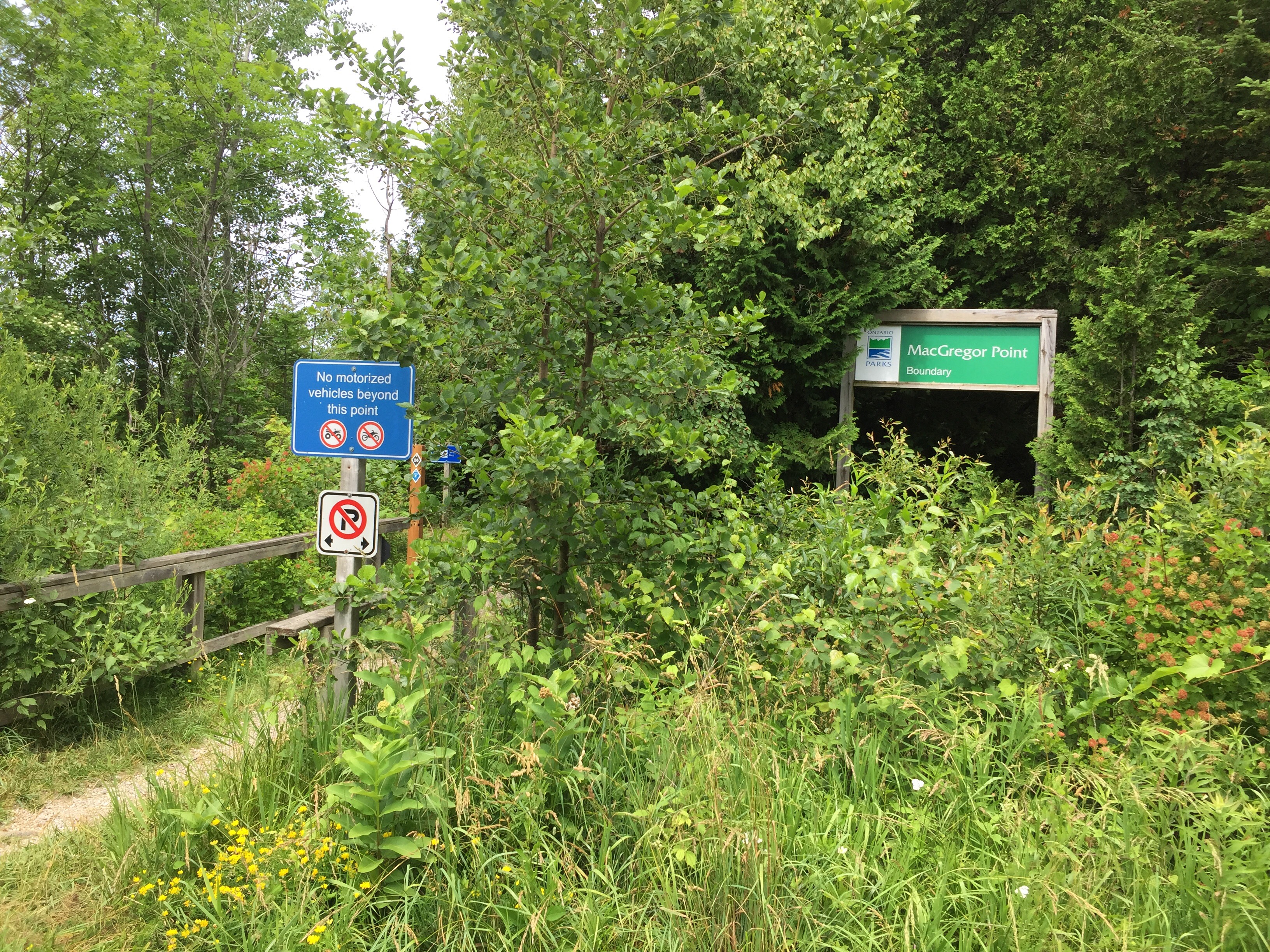 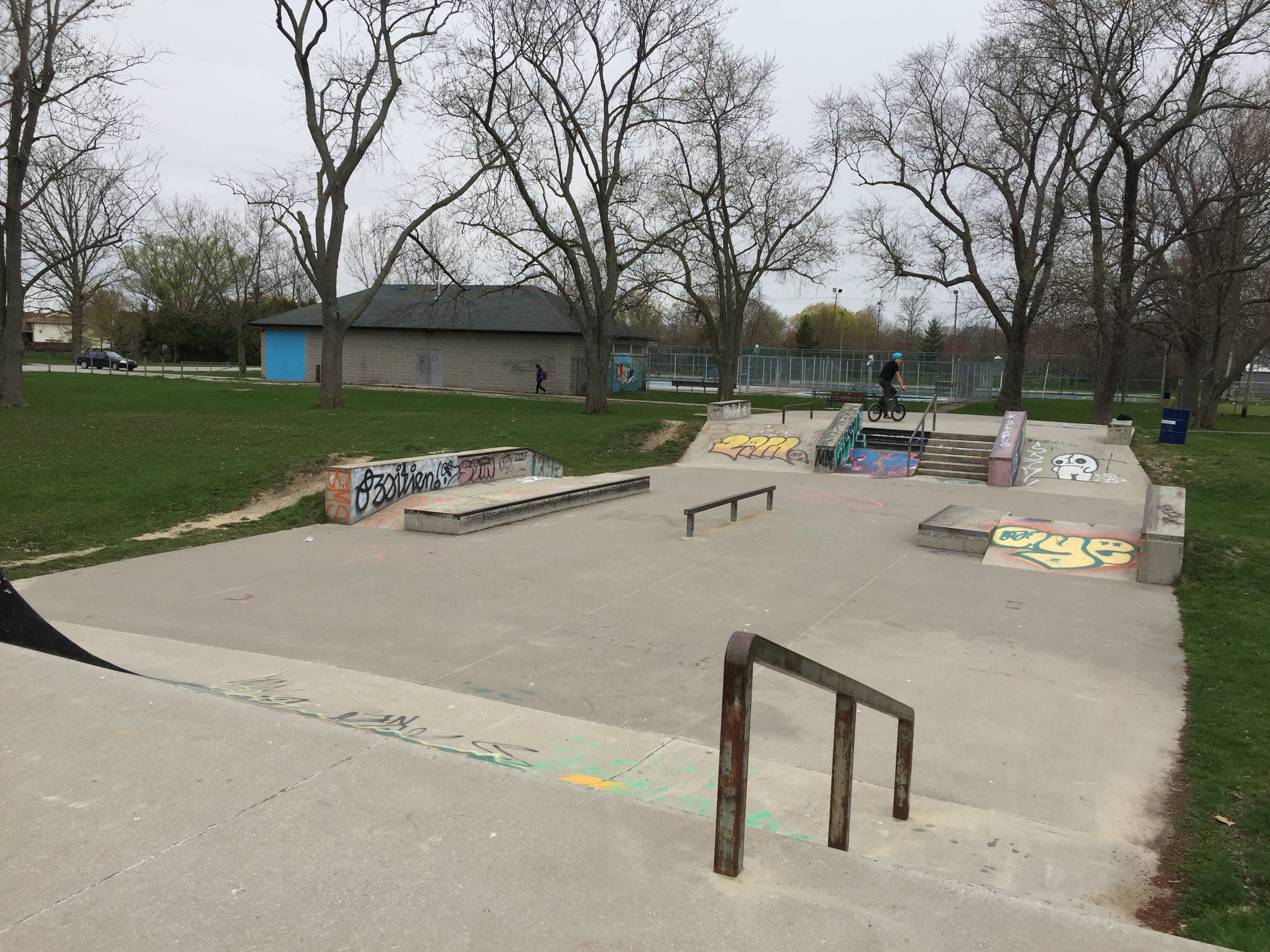 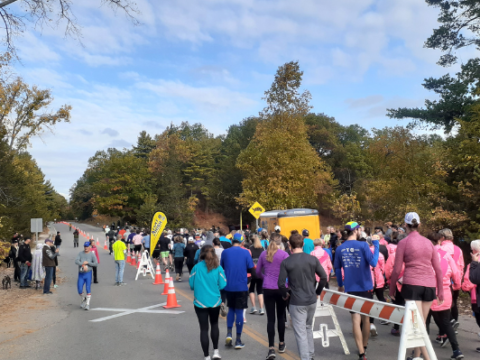