Becoming a DJ is a lot easier in this day and age. When I was younger, to become a DJ, you had to buy some pretty expensive gear. Nowadays, DJ sets can be relatively inexpensive, but before you run out and buy one, why not try mixing for free with just your computer?

I use a program called Audacity which you can download for free. It’s a really simple program that can have you mixing tracks with the best DJs out there.

Here is a tutorial that I made to show you the basics in how to make your own mixtape, radio show, or podcast.

In this second tutorial, I show you how to beat match and overlay two tracks for a seemless mix.

You can do a lot with just your computer these days. There is basically no need for you to run out and buy a DJ starter system. 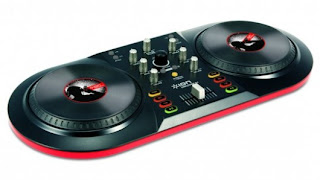 This is the ION DJ system and it basically lets you do the same thing but it is going to cost you about a hundred dollars. Plus, this system looks more like a toy and probably wouldn’t stand up to much punishment. 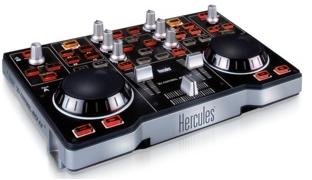 The Hercules MP3 e2 looks like a much better starter DJ set but both of these unit won’t allow you to cut and scratch. These DJ systems are meant for beginning DJs and basically just allow you to mix and overlay tracks.

If you want to cut and scratch, you need to spend a lot more money and buy a deluxe system such as Numark IDJ, Traktor Kontrol S4, or Stanton SCS 4DJ. These units will cost you anywhere from $500 to over $1,000.

Learn the Basics for Free

Before you drop that kind of money on a DJ system, learn the basics for free. It only makes sense. And hey, if it’s good enough for me to mix when I’m not at the radio station, it should work just fine for you too. Next up, Tracking a mixset.

Next Tutorial – Tracking a Mixset

4 Comments on Become a DJ With Just Your Computer