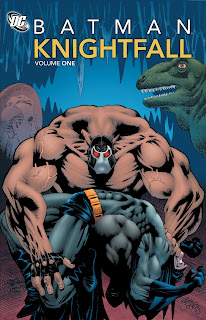 This is an iconic story in the Batman universe. It was a huge event starting in 1993 and it crossed over into every related Batman title. The main story ran in Detective Comics, which introduced the character in 1939 in issue # 27. Batman became the star of the title shortly thereafter and remained so even after the introduction of his self-titled series.

The story revolves around Bane and I don’t think there are any spoilers left. The cover art pretty much gives it away. Bane is the man who broke Batman’s back.

This story was reworked for The Dark Knight Rises, which really let me down.  Incredibly, I much prefer the novel version of the story as opposed to both the comic and the movie. 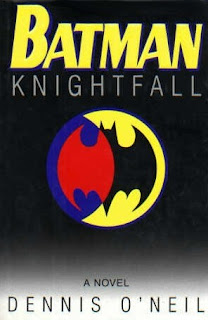 I read this novel as a teenager and it was brilliant. It is still my favourite way to experience this iconic story.

Although, I really enjoyed how Bane was portrayed in the Animated Series. 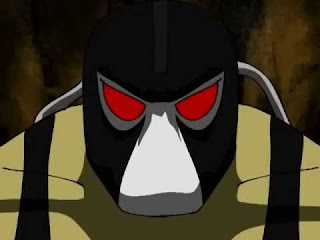 I think he was much scarier in the cartoon than he was in the latest feature film. I really need to get my hands on the DVD collection of that series. I would so love to watch it from beginning to end one more time.

There are two more volumes to this story in graphic novel form. I will have to read those at some point. I still don’t know exactly what happens in the aftermath of Banes destruction and the devastation he unleashed on Gotham City.

I’m currently reading a modern Batman comic. Stay tuned to this blog for my review of that story as well.