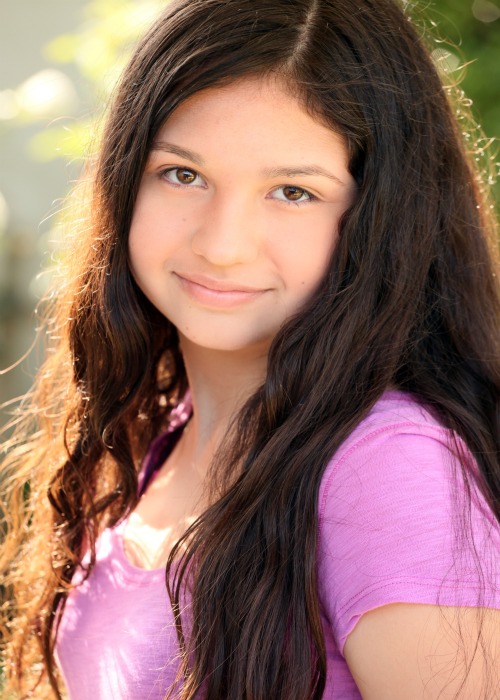 Today, we continue our discussion with Shanaya Fastje, author of Bully in the Mirror: Making Hate Stop When You Don’t Think You Can.”

We’ve already had quite the discussion so far. If you want to go back and read Part 1 of the transcript, you can do that now. You can also stream the entire interview with the player at the bottom of this post, or you can download the podcast to listen to whenever you’d like.

Chase: “I think part of the problem is the television programs that kids are consuming these days. When I was a kid, Family Channel was pretty tame. They showed Disney cartoons and family oriented films.

Nowadays, they are showing teenage sitcoms all the time. I’ve watched some of them recently and it’s quite horrible the way the characters treat each other. They name call, they backstab, there’s disrespect, they put each other down, there’s conniving and mischief, and all this other stuff. I just wonder, if that is the role model they are seeing and that is the kind of programming they are consuming, it’s got to have some kind of effect on them.”

Shanaya: “Kids revolve around pop culture and whatever they are looking at, they are going to transpose into their own lives. I work out of Los Angeles, California. I’m working with my production company to produce a few series and films right now. I am trying to change that part of the industry.

It’s very true. Kids are learning to become more negative and more mischievous by watching all these TV shows. It should change and it’s able to change. But it’s getting larger and larger and every minute we wait, it’s going to get more difficult. It’s very important to act now. That is what I am currently working on every day.

It didn’t necessarily used to be this way. Everybody knows about bullying. It has a lot to do with, ‘Okay, this is in the media now, let’s put this into a TV show.’ And they kind of use this type of character because it’s funny, but it is not funny. It’s hurtful.”

Chase: You have some advice in your book about how we can help change things. On page 119, you talk about an anti-bullying pledge. We actually have one of those in our school board up here. The kids all took it at the start of the year.

But if you don’t have one at your school, you give some advice about how you can go about writing one and how you can format it. You also talk about setting up anti-bulling teams.”

I’m starting that change. And then there has to be a middle where you work on that change and continue to change. At the end, when there has been success and there are fewer bullies in one school than there were a month previously, that’s a positive change.

People sometimes want to rush into things, but you can’t really rush. It’s a cautious, one step at a time ordeal.

Chase: “Wow, you are an inspiration. You are doing so many things, you’ve written quite a few books, you have film and television series in the works, and you even have speaking engagements. So hopefully you are inspiring and educating the youth. That is really cool to see.”

Shanaya: “Thank you so much. Pretty much every single day I get phone calls, text messages, and emails from kids saying they need my help. They tell me that they are suffering from bullying. They want advice or they want to tell me their stories. Some are suicidal. It’s definitely a job all on its own. Sometimes it’s hard to keep up with it but I really love doing it. It does not bother me that I get all these phone calls.

I want kids to come to me because I want them to feel that they are not alone. I want them to know that I am here and that somebody is there. I’ve gotten calls from kids that I’d visited their schools two years previous and they’ve kept my card every since.

There is on particular story. I think it was about a year and a half ago. I went to a elementary / middle school to give a presentation. The counselor came up to me and said that there was a boy that was being bullied very severely. She wanted to see if I could speak with him for a few minutes, give him some inspirational words, and just help him a bit.

I met him after my presentation. We sat in the auditorium and I ended up spending over an hour with this young boy. He was only nine years old and he’d already tried committing suicide twice. He had been to a rehabilitation centre about four times. He was bullied because he as a very, very good student. He’s an “A” student. He has bright, bright red hair and would get made fun of for that. He was a little bit overweight and he felt so in pain. He was only nine years old but felt so much pain that he felt he had to commit suicide.

I spent over an hour with him, talking to him, helping him work through his problems, helping him to realize I was there to help him. At the end of the session I had with him. I gave him my business card with my email and phone number on it. I told him that if he needed any more help, he could get a hold of me. It didn’t matter what day or what time it was, I’d be there. He said, “Okay.”

I thought of him for days after that. I decided to sign a book and to design a composition book for him. A few years ago, I used to make jewelry and make composition books for charity. I wrote him a letter and went back to the school the next week and asked the counselor if I could see him again. We talked in the hall and I gave him the package.

At the end of class, the counselor came up to me and she gave me a letter that he had written for me. She said that he had been such a happier kid since I’d spoken to him. He was focusing more in school in his classes. He was smiling, he was laughing again, and he was trying to make friends again.

I went home and opened the letter and read it. He basically wanted to thank me for helping him. He said he didn’t think about killing himself anymore because I helped him. I kept that letter.

Chase: “I think the power of talk is a very important and powerful thing. Kids sometimes don’t have anyone they can talk to for whatever reason. Maybe they don’t have someone they can confide in or they don’t know how to bring up the topic. I just want my students to know that, as a teacher, and I’m sure most teachers are like this too, you can come to teachers with your problems, and we will be here to listen.

It’s also encouraging to know that there are people like you for them to talk to as well. Talking through a problem is sometimes one of the best ways to get around it and to solve it.”

Shanaya: “I believe that victims and kids can be so scared to talk because they don’t know who to trust. Some teachers and parents don’t know what to do. I just hope that kids realize that they are not alone. If you see that anybody is having trouble or if you see someone is sad, or depressed, or a little bit mad, it’s important to get down to their level. Get eye level with them.

I’ve given workshops to parents and teachers about how to address little kids and middle schoolers. It is intimidating for them to see an adult towering over them. They are scared, they are being bullied, they don’t know who to trust. But when somebody gets down to their eye level, they feel more of a connection and they feel safer.

That’s also why I have been able to have such success with kids. I am a kid. I know what kids go through. I’ve had friends on the verge of suicide and I’ve helped them. So, I’ve had experience with kids. I think kids feel a connection with me because they know I understand them. I think a lot of people are able to understand them.

For kids to feel safe, they need to have a connection with someone.

Chase: “I like how you talk about teachers in your book as well. Some people your age wouldn’t have anything good to say about teachers. They are quick to put down their teachers and complain. But you have some respect and praise and admiration for teachers in this book and it was quite refreshing to see.”

Shanaya: “I think that teachers are fantastic! They are great! Teachers are doing their job!

I have a lot of respect for teachers and human teaching and human development. I believe that everybody has something to learn from anyone they come across. Whether it’s from a mistake, to not act a certain way, or to learn something positive, to learn a new thing. I think teachers are very important in doing that. They are teaching kids every single day and it’s constant.

Chase; “We are speaking with Shanaya Fastje, author of ‘Bully in the Mirror: Making Hate Stop When You Don’t Think You Can.’ Can you tell people how they can find out more about you and how they can get your books?”

Shanaya: “I have a website – shanyafastje.com. You can go to Barnes & Noble or Amazon to get the book. You can contact me directly from my website. There is a contact form where I receive emails directly and I am able to respond. I love hearing from people. My book is available all around the world.”

Chase: “Thank you so much for talking with me today. You are an amazing person and very inspiring with all of the things you are doing from the writing to the production aspect to the speaking engagements. It’s nice to see that you are not just sitting on your couch watching TV. You are actively out there creating things. It is so easy, in this day and age, with the computer technology we have to get out an do something creative.”

Shanaya: “It’s very simple. Kids just need to find something that they are passionate about. Everybody loves to do something and everybody is good at something. Kids just need to find what thy love doing. Also, on top of everything else I am doing, I’m working on music. I put out two singles on iTunes and I’m going to film a new video. I’m working on an album and I have my own label. I’m working on music, film, television, and writing. They are all passions of mine and I’m honored to be given the opportunity to work on all of them.

Chase: “Well, I wish you nothing but success and good luck in all your endeavors.”

Shanaya: “Thank you, that is exactly what I hope as well.”

The Final Days of Captain America