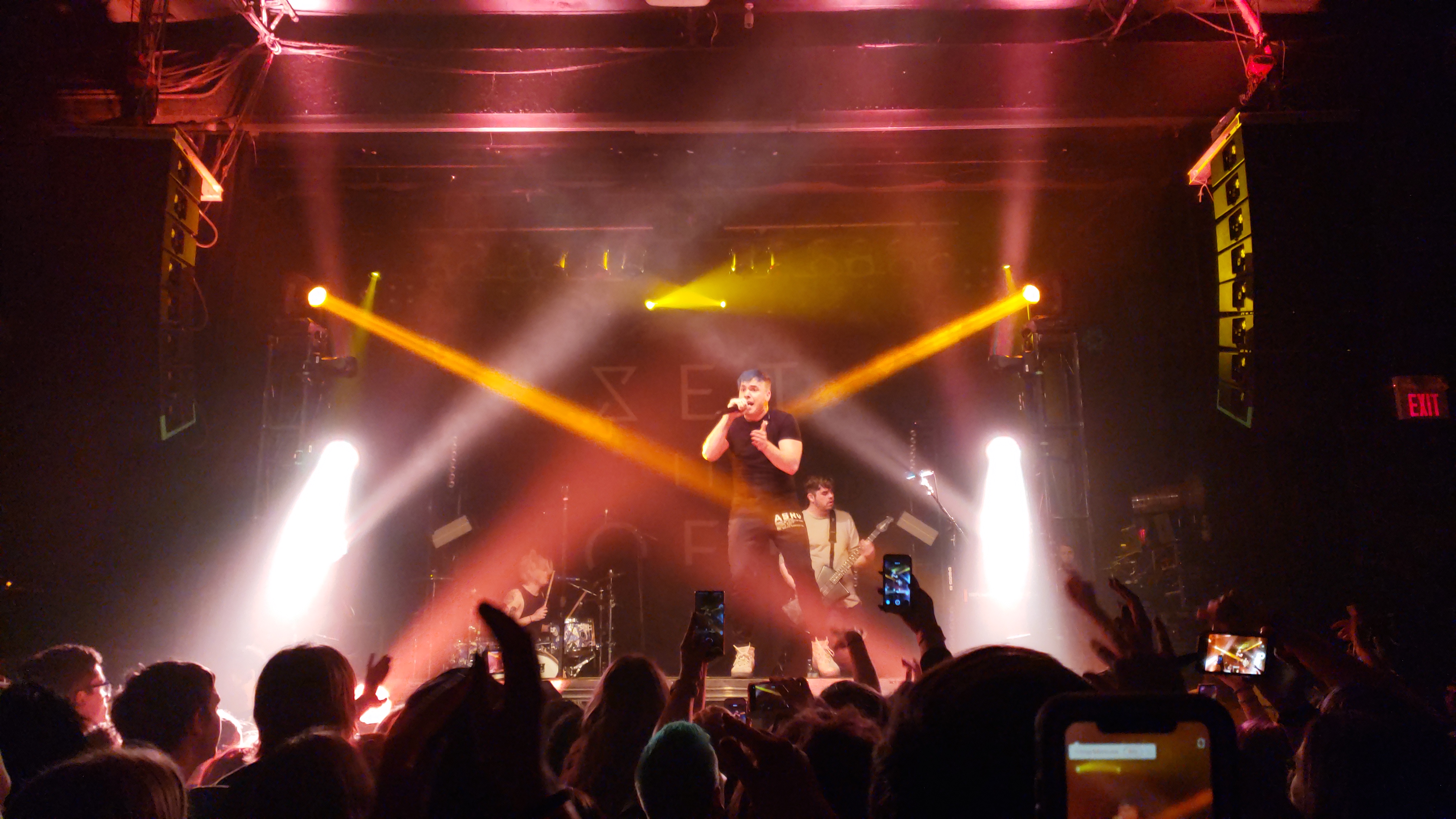 I went to a show in Toronto on Wednesday at the Phoenix Concert Theatre and was so impressed with one of the bands that I just had to blog about it. Their set was probably the best rock performance I have ever seen.

So, without further ado, here is my review of the show. 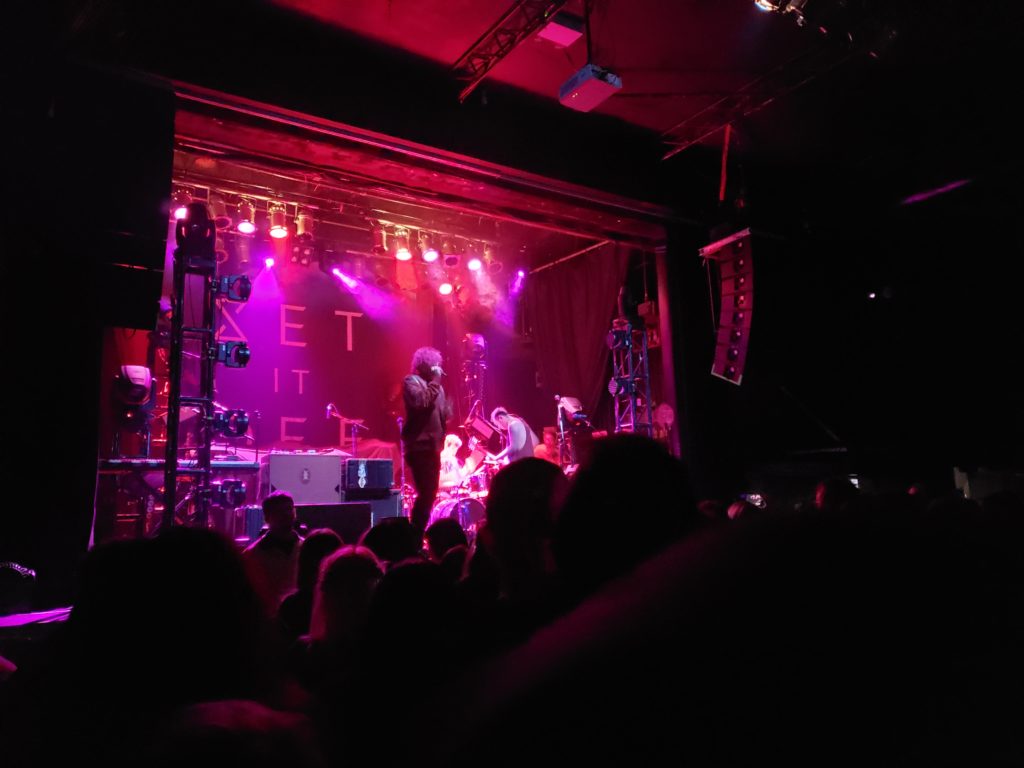 Point North opened up the night and it was surprising how good they were with the minimal line-up. The band has one guitar player, one drummer, and one lead singer, but that’s all they needed to warm up the crowd right. 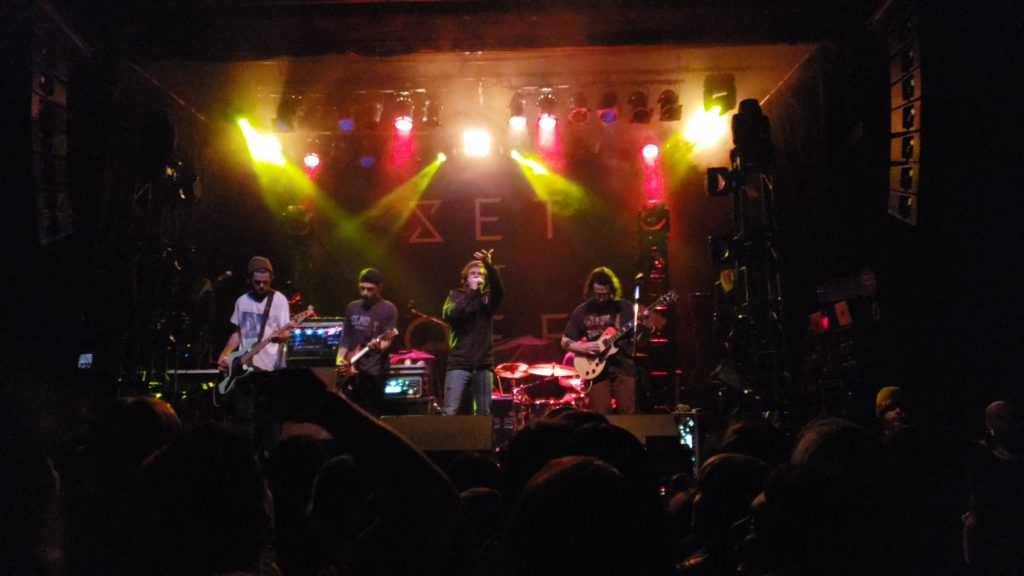 Next up was Belmont. I don’t know much about this band, but they had fans singing along to their tracks and getting crazy with the circle pit and moshing. Their energy was hype. 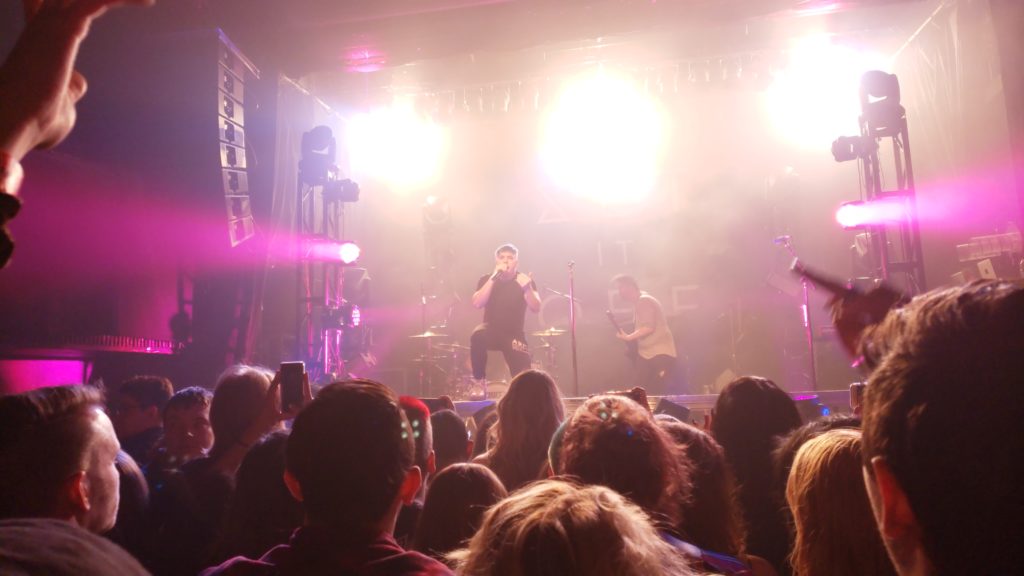 Set It Off was the next band to perform and they completely stole the show. I have never seen such an incredible performance from a rock band before. 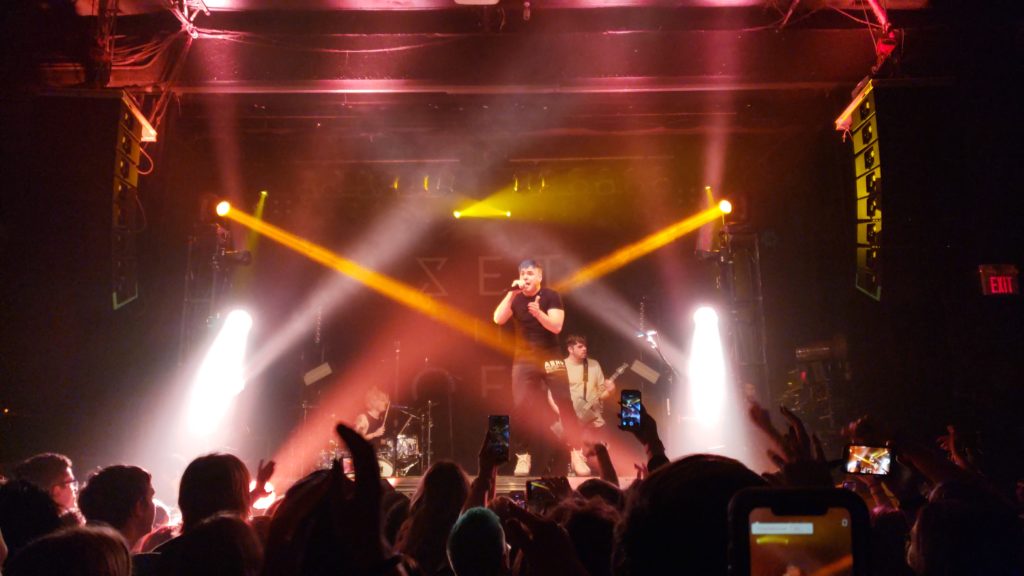 The lead singer stood on a row of risers that were placed at the front of the stage just before their set. It made him seem closer and more connected to the crowd. From my vantage point near that back, it was really cool to see. 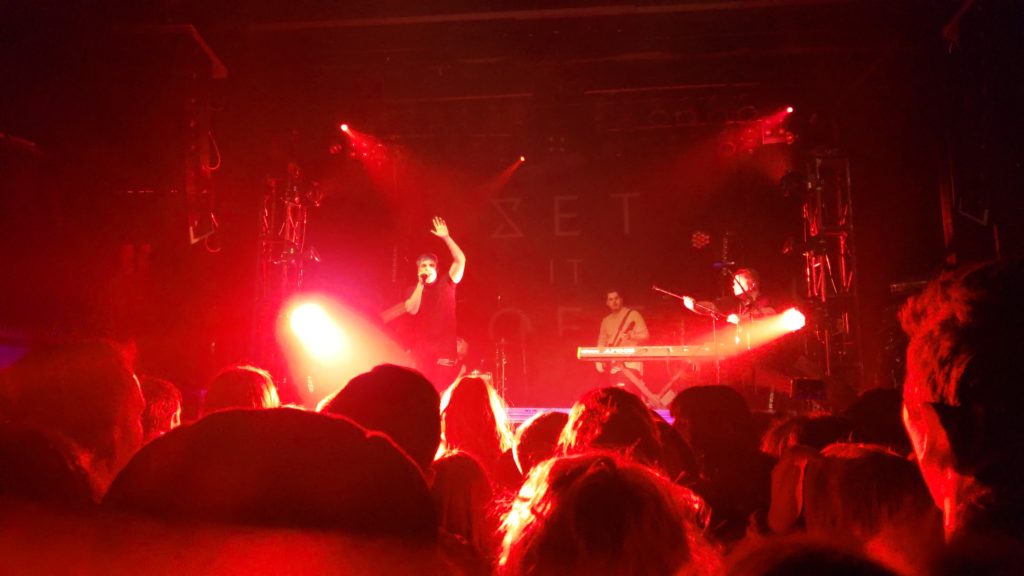 The other thing they did that I had never seen before was to have a specific colour-theme for each song they performed. 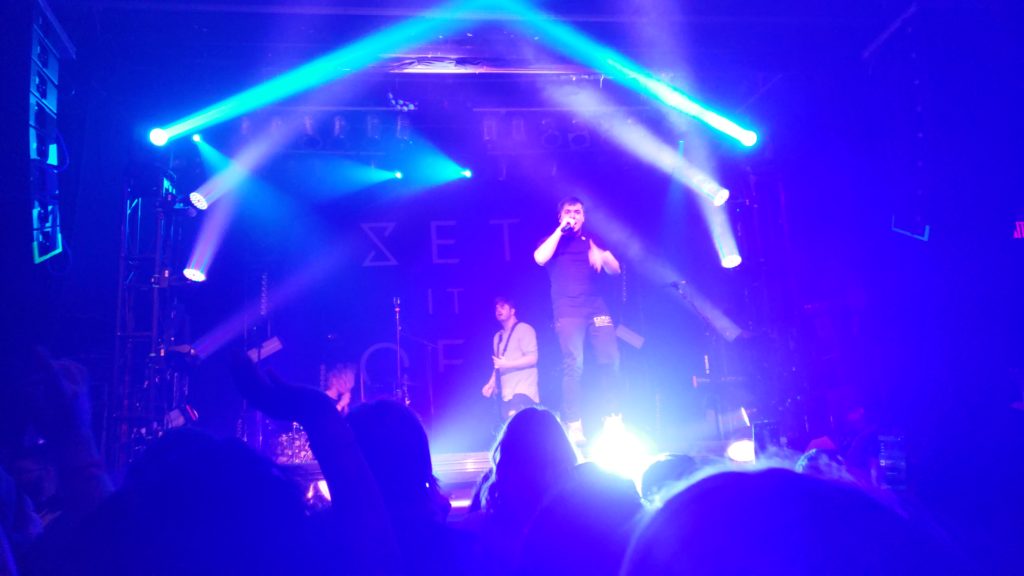 You can see from the photos above that one song had purple lights, the next one had an orange theme to it, followed by red, and then a blue and pink combination. I really appreciated this light show. It wasn’t overwhelming or in your face. It was pretty much perfect. 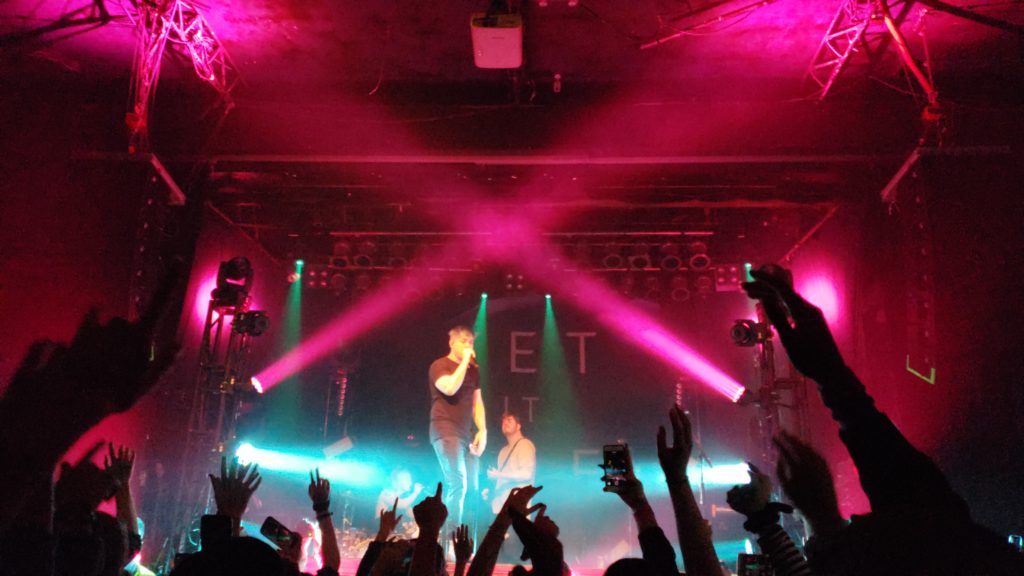 Cody Carson told us that this was his first show back since having vocal surgery. He also admitted that he was as sick as a dog, but the crowd gave him energy to power through. He seemed genuinely appreciative of the audience. He thanked us over and over again. You could see the joy in his eyes. He clearly loves what he does and loves sharing it with the fans. 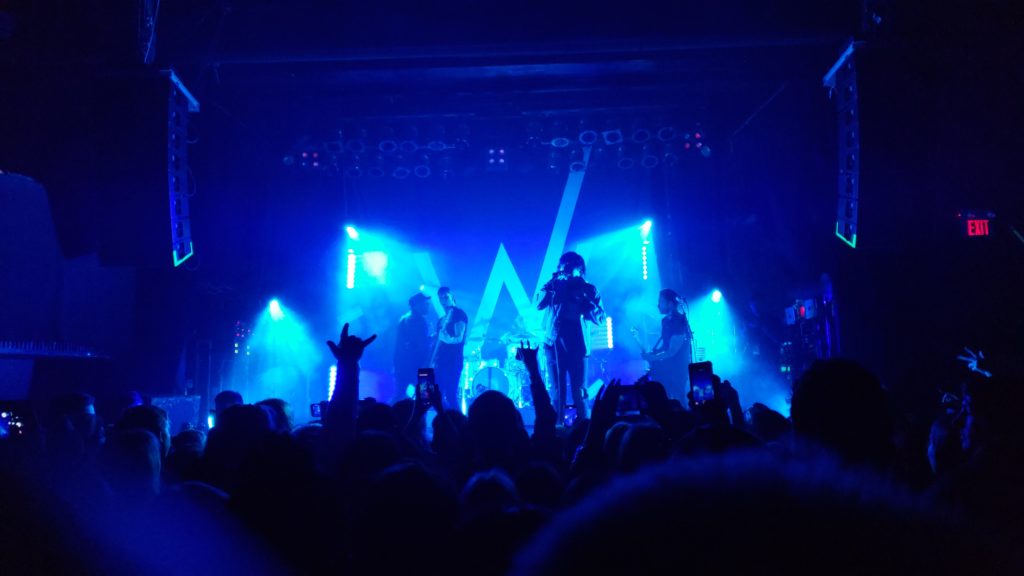 Sleeping with Sirens was the headlining act for the night. They had an incredible light show as well, but it was much more random. They also used some strobe lights which I found rather off-putting.

The lead singer has an unusual way of singing but he definitely has chops and he showed them off all night. He even brought things down for a bit in the middle of their set with a few acoustic numbers.

Overall, it was a great show. I have one criticism of the venue though. We were lining up outside in the freezing cold, half an hour before doors opened up. We joined what was already a long line but watched the line get longer and longer behind us.

Before we got in, our ID was checked and we were patted down. But once we were finally inside, the first band was already on the stage rocking. I’m not sure why they didn’t let us in earlier so we didn’t have to miss a moment of this great show. It was frustrating too, because the last time we went to this venue, we lined up even earlier, were closer to the front of the line, and still missed part of the first set.

I took a few pictures but my camera doesn’t due well in low light or concert settings. All of the pictures in this post were taken by William Wilsonn. Click through to his Instagram page and you can see a few videos of the night as well. 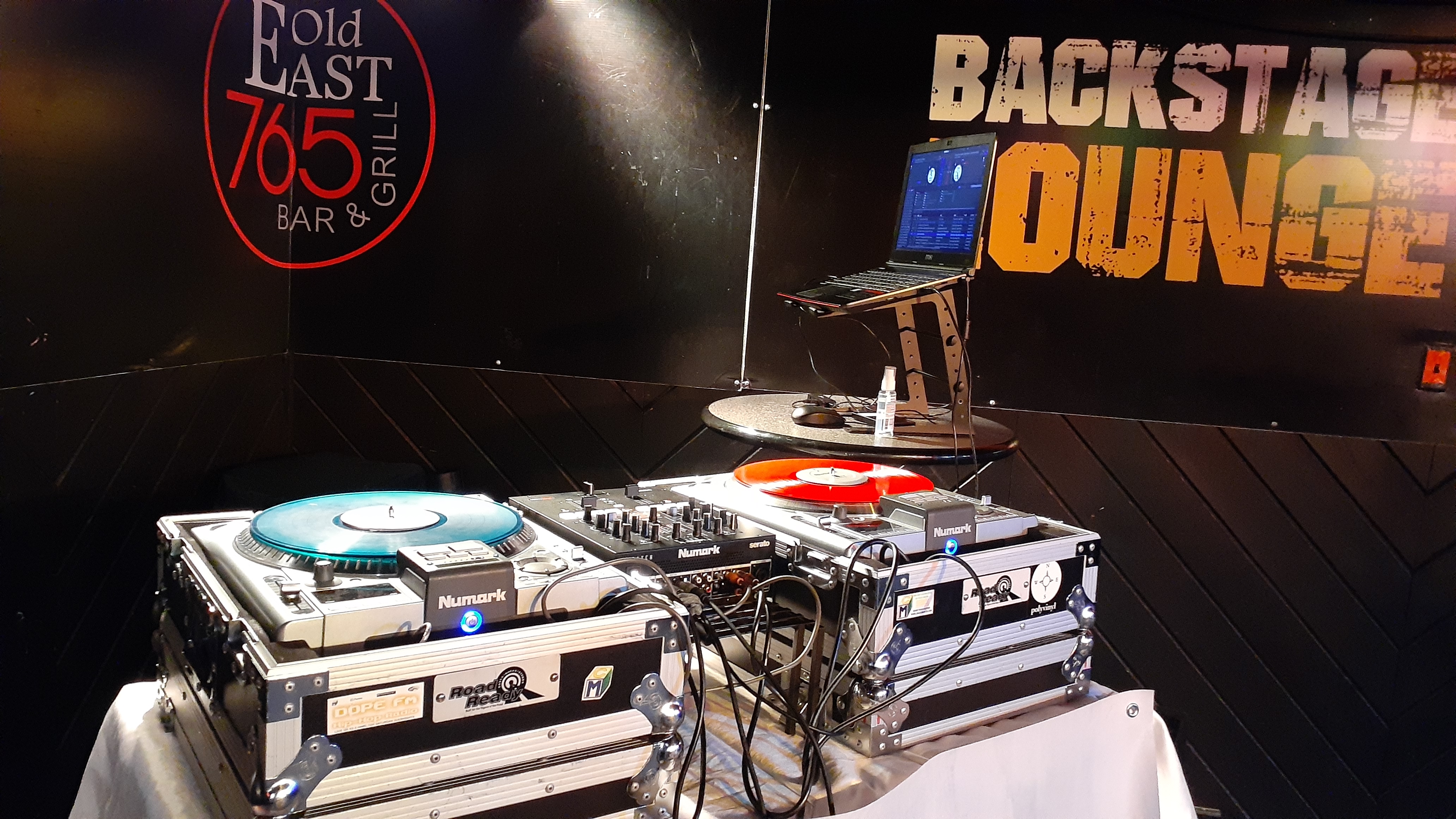 I’m Going on Tour with Tempomental 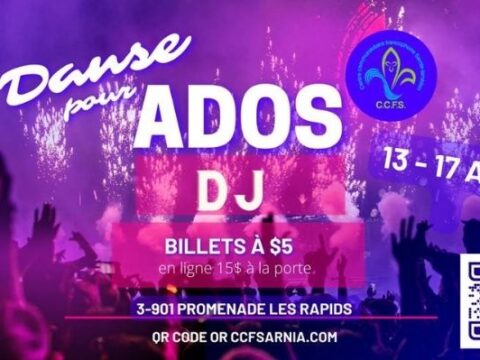 Teen Dance in Sarnia This Friday