It was something else to watch Usain Bolt sprint his way into the record books this morning. Commentators didn’t expect him to do it. They thought after running seven races during these summer games that he would be too spent. It wasn’t a priority for him to even attempt the record. 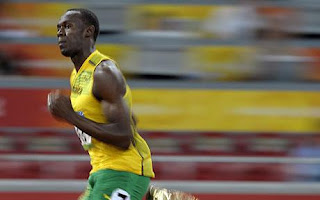 But right out of the blocks, Bolt showed everyone that he is something amazing. He got to the front of the pack and nobody could touch him. It looked unreal. I jumped up from the couch and watched in bated breath.

It was also his 22nd birthday. And he was running into a headwind. The crowd sang him “Happy Birthday.” All the other runners congratulated him.

Just prior to this run, Allyson Felix won the 200-metre event. She looked absolutely beautiful. She ran with a grace that made it look like she was just leisurely walking down the street. 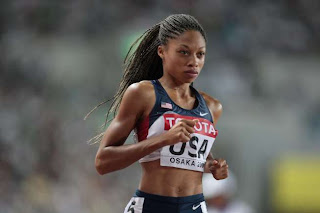 I love watching runners. Some of them make it look effortless. I know it’s not. It takes a lot of training and energy. That’s why I think it is so beautiful to see what the human body is capable of. These two runners really made my morning. All I can say is that they showed amazing beauty and grace. It was absolutely beautiful.

I Ran Up The Escarpment