It’s time for another edition of my photographic tours!

Today, we will be exploring The Coves Swallowtail Grove. 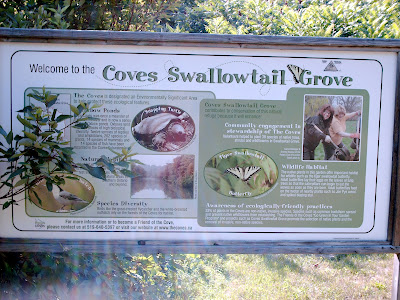 Swallowtail Grove is a butterfly garden containing native plants required by butterflies for food and habitat – there is an interpretive sign on site. The grove is accessible from a mowed path through Greenway Park or an extension to the paved Thames Valley Parkway Trail. (from Friends of the Coves) 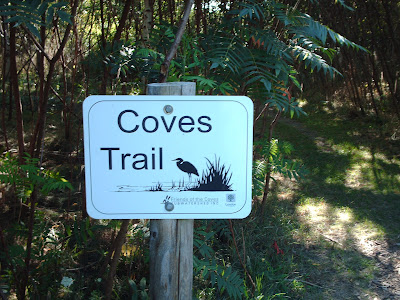 I wasn’t quite sure what to expect of this trail, but I laced on my cross-trainers and started what I hoped would be a great trail run. I didn’t know where this trail led or how long it would be going through a natural area, but I was happy to be exploring and running on such a beautiful day. 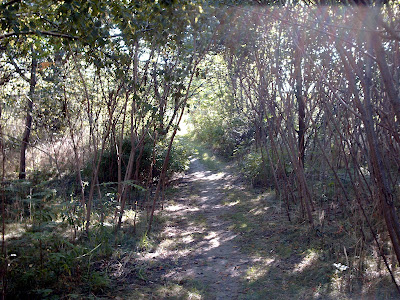 It turned out that this trail was only about 500 meters long. 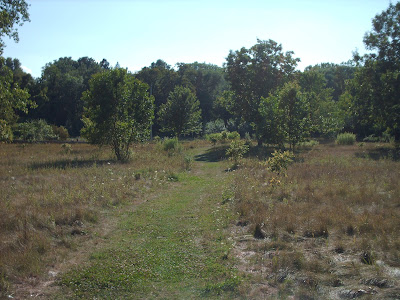 It opened up to this grassy area with a nicely cut and maintained grass trail . . . 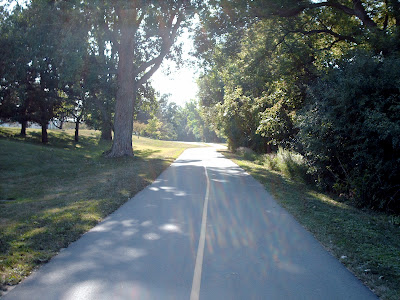 And then it connected to the paved Thames Valley Parkway trail.

I have run sections of this trail before but never this specific portion of it. 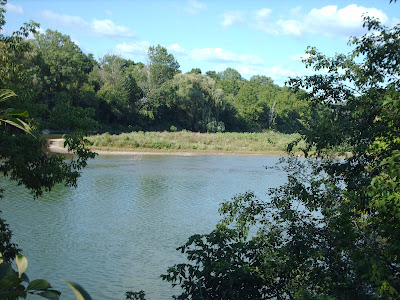 I really like how the trail follows along the Thames River. 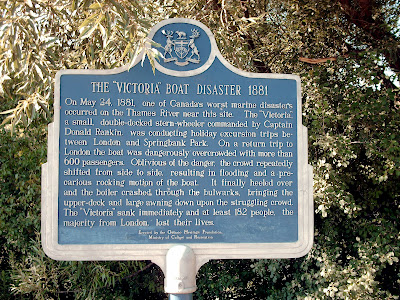 You can also learn a bit about history along the way.

On May 24, 1881, one of Canada’s worst marine disasters occurred on the Thames River near this site. The “Victoria”, a small, double-decked stern-wheeler commanded by Captain Donald Rankin, was conducting holiday excursion trips between London and Springbank Park. On a return trip to London the boat was dangerously overcrowded with more than 600 passengers. Oblivious of the danger, the crowd repeatedly shifted from side to side, resulting in flooding and a precarious rocking motion of the boat. It finally heeled over and the boiler crashed through the bulworks, bringing the upper-deck and large awning down upon the struggling crowd. The “Victoria” sank immediately and at least 182 people, the majority from London, lost their lives.

As I got further down the trail, I recognized exactly where I was. I was on the Terry Fox Parkway portion of the Springbank Park trail.

I looped around the leash-free dog park, passed a few soccer fields and a community playground, and then made my way back to where I had started. 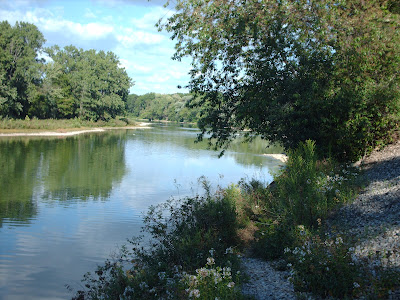 I took a side trail on the way back. It’s really hard to see here because not only is the trail very narrow, but it’s mostly over-grown.

There were a few places where the footing wasn’t very good and I was a little worried I’d trip and tumble into the Thames River. But I didn’t.

This little trail looped right up to the start of the Terry Fox Parkway at Horton Road.

All in all, I ran about 6 kilometers. I had a really nice run and I hope that you’ve enjoyed coming along with me for this photographic tour.

London was a Buzz with Skaters

A Run to the Lighthouse