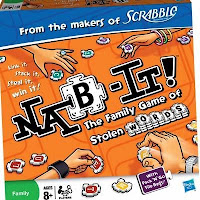 I really like this variation of the famous Scrabble game. It is especially effective to use for the primary or junior classrooms since it doesn’t use a game board and the students don’t have to calculate scores.

Each player gets a tile bag with letter tiles of that same colour. Unlike the regular version of Scrabble, these tiles connect to each other and can even be stacked on top of each other.

You nab an opponents’ word by placing a letter or letters on top of any word to create a new word.  For example, “game” can be turned to “name.” The next player could place a “t” on top of the “n” to spell “tame.” This allows the students to think of rhyming words as opposed to just new words to add to the famous crossword game. 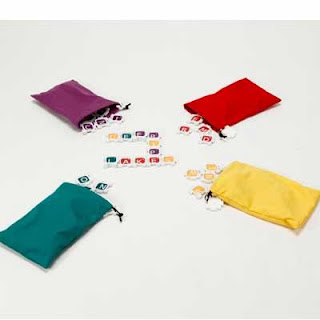 One of the best things about this game is that each tile back only contains 25 double-sided tiles. Once a player has used up all of his or her tiles, the game is over. A game can literally be played in 15 minutes which is about the perfect time for a Word Study Centre. 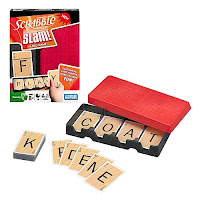 This is another variation of Scrabble that is even more fast-paced than the one above. The first thing you do is spell a four letter word and place the cards into the tray. You then deal out the cards to each player until you have completely exhausted the deck.

Players then spread out their cards in front of them and get ready to start the game.

The game is played by placing one letter card down on the tray to form a new word. For example, placing a “B” on top of the “C” makes the word “boat” or placing an “L” over the “T” would spell “coal”

Players don’t have to take turns in this game. You can play words as quick as possible. You just have to say the word out loud as you play your single card each turn.

Once again, this is a quick-paced game that fits well into a Word Study Centre. 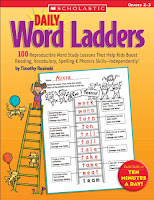 There are also clues written for each step of the way to help the students figure out the new word. 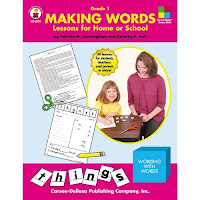 There are several books available to buy that use this strategy, or you can make your own quite easily. Along the top of the page are letter tiles that the students can cut out. They then rearrange their tiles to spell words. 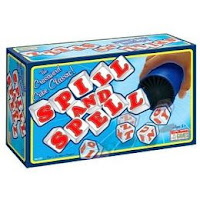 I have used this strategy two different ways. Let the students spell as many words as they can in a set amount of time, or instruct them to spell specific words. You can make it more difficult by saying, “I am thinking of something you would wear, instead of asking them to spell “coat.”

For an extra challenge there is always one big word that uses all of the letters. The kids always love trying to figure out the “mystery word.”


This is an older game but it is also available in a few different formats. It’s a bit like Yahtzee except instead of numbers, you get letters or word parts. The students then arrange the dice so as to spell words.

Have fun and play some word study games in your classroom!

A Day Plan Template to Use for Your Lessons

There’s Logic Behind How Our Numbers Look