Here are some great hip-hop memoirs that I had the opportunity to read over the past several months. 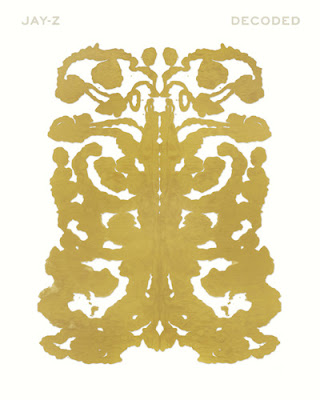 Jay-Z writes about hip-hop in an open and honest way.

Here is one of my favourite passages from the book . . .

Hip-hop has always been controversial, and for good reason. When you watch a children’s show and they’ve got a muppet rapping about the alphabet, it’s cool, but it’s not really hip-hop. The music is meant to be provocative—which doesn’t mean it’s necessarily obnoxious, but it is (mostly) confrontational, and more than that, it’s dense with multiple layers that you don’t necessarily figure out the first time you listen to it. Instead it plants dissonance in your head. You can enjoy a song that knocks in the club or has witty punch line the first time you hear it. But great rap retains mystery. It leaves shit rattling around in your head that won’t make sense till after the fifth or sixth time through. It challenges you.

Which is the other reason hip-hop is controversial: People don’t bother trying to get it. The problem isn’t the rap or rapper or the culture. The problem is that so many people don’t even know how to listen to the music.

Jay-Z then goes on to “decode” over thirty of his songs. He celebrates the art and poetry of hip-hop by showing us exactly what he was doing with his lyrics. Even if you’ve listened to his songs hundreds of times, you will probably learn a few things you didn’t pick up upon repeated listening.

He covers some important topics and hip-hop history on this book. It’s a page turner and I worked through the entire book in only four days.

Highly recommended for all MCs 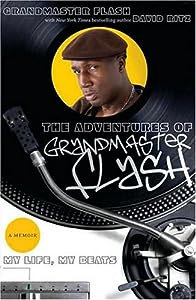 Grandmaster Flash used a turntable like it was musical instrument. He was the first DJ to actually put his hands on the records. Up to this point, deejays would pretty much just drop the tone arm on the record and hope that the music would be on time. Flash was obsessed with making deejaying an art.

He would mark up the records in a way so he would know how to manipulate the sounds on them. He could extend breaks and mix records without skipping a beat. Nowadays this is common practice among DJs.

This memoir documents his love of hip-hop, his elevation of the art of deejaying, and the trials and tribulations of his career.

I have a new appreciation for this pioneer of hip-hop after having read it.

Should be required reading for all DJs and hip-hop fans 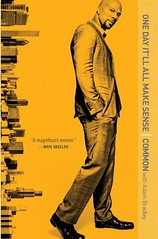 One Day It’ll All Make Sense by Common

Common’s biography shares the name of one of his albums. It was a clever way of him reclaiming his name after a legal battle forced him to change his name from “Common Sense” to “Common.”

Here is on of my favoruite passages from the book . . .

My journey in love has led me to this place: of loving with my whole heart, of embracing the opportunity to build a life with someone else. I read somewhere that on average people have about sixty thousand words in their vocabulary, but that on most days we use only a fraction of them. As someone who creates with language, I’m fascinated by the shades of meaning and the range of sounds that different words can create. For all the words I may use in an average day, though, the most important word in my vocabulary is love.

Some rappers are afraid to use the word “love” because they think it makes them sound soft. I’ve always appreciated how Common can craft love songs that still bump. He’s a great lyricist and poet and it’s nice to hear him share his story in a memoir.

Recommended for the intelligent listener 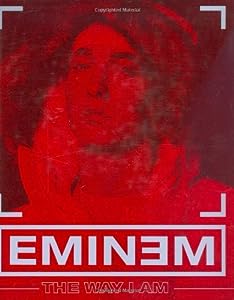 Cover of The Way I Am

The Way I Am by Eminem

The coolest thing about this book is the lyric sheets that Eminem includes. He shares with us his scattered writing process. I know plenty of his songs by heart and still couldn’t make heads or tails of his lyric sheets. He says that he deliberately bounces around the page and leaves words out so that know one could steal his rhymes.

I can rarely sit down with the intention of writing a rhyme and just do it. But when I have an idea, I have to write it down on the first piece of paper I can find: I have to get that idea down on paper right then and there, or I’ll lose it. Sometimes I look at my old lyric sheets, and I have no idea how I ended up kicking those lines out. I might write an idea down, and it’ll end up in a song years later. I try yo keep track of rhyme schemes, and I used to copy ones that I liked from one sheet to the next. Then I would take the paper into the booth and kind of go all over the page.

There are about thirty original lyric sheets included in the book. Many of them are on paper that has been folded and just thrown into a bag. A few of them are pretty beat up. The writing is small and bounces all over the page in several different colours of ink.

Eminem is a perfectionist with his rhymes and his songs are brilliant. I think he is the best wordsmith the English language has ever seen. The fact that he can share his creative process and these early rhyme sheets (including lyrics that never made it into any of his songs) is pretty cool.

Recommended for fans of lyrics

Kung-Fu Vampire, Locksmith, and Friends (FRIDAY in London, ON)