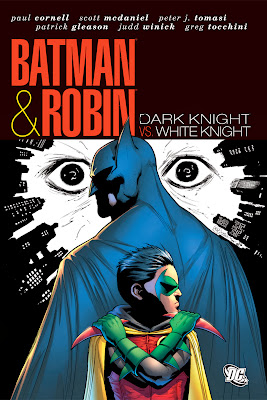 There are three stories in this graphic novel. My favourite is not the title story, however. I much prefer the story arc that had Batman and Robin joining forces with The Red Hood.

A little bit of history here that shouldn’t come as a spoiler to any dedicated Batman fan. The Red Hood is a vigilante that doesn’t have the morality of Batman, although he has a history with him. He was Robin at one point in time. 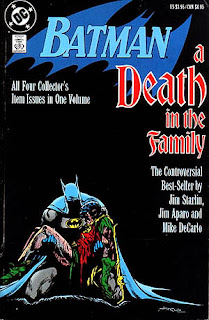 But he met a nasty end at the hands of the Joker. 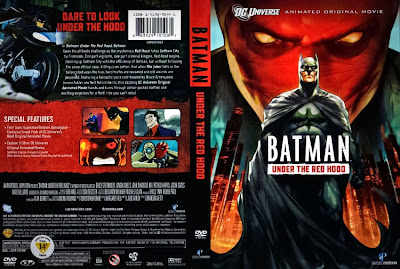 Jason Todd’s story was brilliantly presented in the animated feature film, Batman: Under the Red Hood. I highly recommend this movie.

In this graphic novel, Jason Todd is imprisoned in Arkham Asylum. He makes an appeal that he doesn’t deserve to be held in a facility for the criminally insane and as such, gets transferred to a regular prison. He unleashes havoc in the general population and kills several inmates.

He escapes the prison and once again dons the mantel of The Red Hood. In the panel before this final page teaser to set up the next issue, he mentions how he had to improvise with his costume . . . 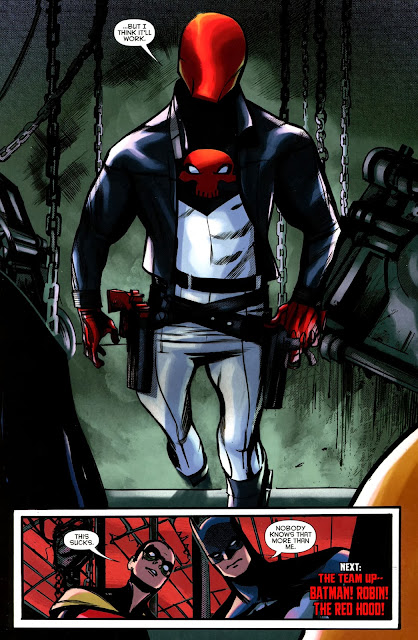 This make-shift costume is definitely inspired by Punisher but I like the new look. And I am interested to see where this character goes next.

An interview with BT Rockwell