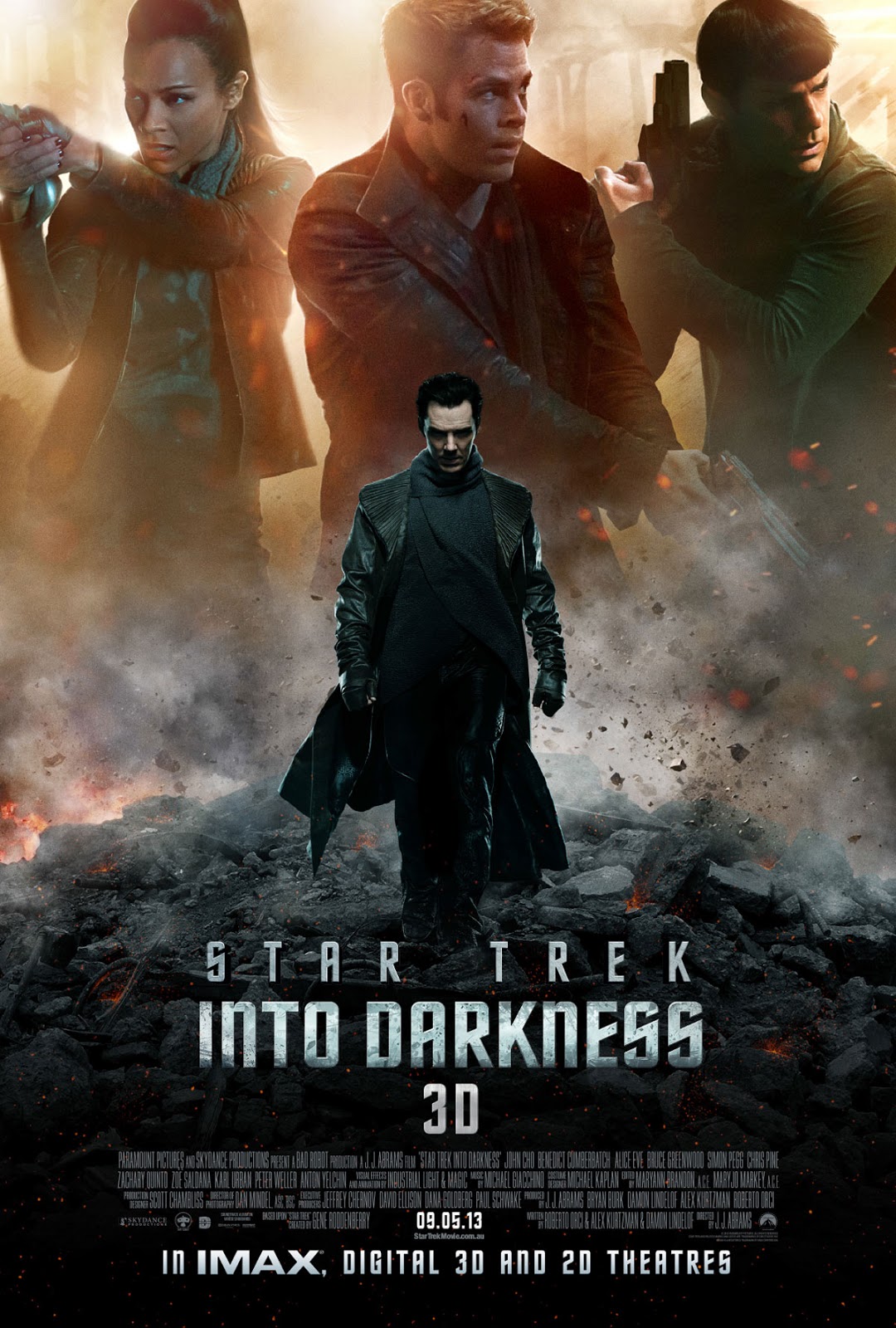 The latest Star Trek film is a train-wreck from beginning to end. There were only a few moments in the film that were actually tolerable. I’ve already written about my disappointment with Star Trek Into Darkness, but I decided to shed a little more light on the situation. This truly is a dark day for Star Trek.

Here are 30 Things Wrong with Star Trek Into Darkness (Spoilers)

This sequence could have made a great original series episode. It could have been paced out a lot better and formatted into a hour-long show. Instead, the filmmakers compressed the entire thing and rushed through something that could have been so much more.

2) The Enterprise in the Ocean?

This made absolutely no sense. The Enterprise should have been in orbit above the planet. There was no practical reason for it to be submerged underwater.

Spock didn’t want Kirk to come save him because the natives would have seen the ship rise from the ocean. It’s great that Spock wanted to uphold Starfleet’s no-intereference order, but it wouldn’t have been an issue at all if the ship wasn’t pretending to be a submarine at that point (See #2)

I swear the movie makers thought they were making a comic book film. They must have sat around a table and said, “Who’s the main bad guy in Star Trek? Let’s get him.”

The problem is that in this altered timeline, Kirk and Khan have no history or rivalry. Khan’s origin isn’t explained and it’s assumed that we know who he is because of his previous appearances in Star Trek lore – appearances that are supposedly null and void in this new universe.

We aren’t given any backstory on him at any point in this film. We don’t even hear his name or a hint of who he is until halfway through the film and when we do find out who he is, it is insignificant in the story. Without the prior knowledge of the die-hard Trekkies, his name meant nothing.

Why is this movie set in London? Starfleet headquarters are in San Francisco.

Khan has a superior intelligence and super-strength. He wouldn’t have needed to extort a desperate father into an act of terrorism. He would have preferred to do it himself and to be a little more clever with it.

The first mission under his command and Kirk violates Starfleet highest commandment. He gets demoted for it. It seems like a pretty hefty consequence for a first time offence.

As viewers, we know he is not out of the picture at all. Like in cop movies when the characters lose their badge but continue doing their jobs. This time it’s even worse though because he gets reinstated to his command in only a few minutes of film time.

Captain Pike regains command of the Enterprise, Spock asks for a transfer to another ship, and Kirk gets his job as First Officer.

In the original series, Captain Pike gets paralyzed. I was hoping for that to happen in this movie. He didn’t have to die.

10) Kirk regains command and reinstates Spock as his First Officer.

This all happens within the first 30 minutes of the film. It is way too rushed. The filmnakers must have known the story was bad but hoped that noone would notice if they kept up a breakneck pace to the entire thing.

There is a lot more wrong with this film.