I am continuing my mission to document every single book that I read over the course of the year. Here are the latest editions to an already large list.

This is the first story arc by the new creative team behind the first family of super-heroes, The Fantastic Four. Straczynski has long been one of my favourite writers, whether it be in comics or in television, he always delivers a great story.

This trade paperback contains issues #527-532 of the on-going monthly comic book series. After that many stories having already been published, it is hard to believe that a writer could come on board and add something new and exciting to the origin story of the superhero team, but Straczynski does just that. I won’t spoil it for you here, but I will give you a little background information just in case you have only seen the films.

Reed Richards (Mr. Fantastic) and Susan Storm (Invisible Women) are now married and have children. They and the other two members of the Fantastic Four live in the open without having secret identities in the Baxter Building.

That’s all you need to know to enjoy this story, the great writing, and the amazing art. It is well worth your time. I really enjoyed reading it. 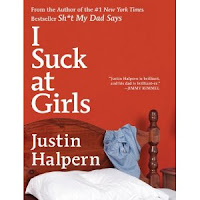 I Suck at Girls by Justin Halpern

This is a memoir, of sorts, by Justic Halpern. He is the creator of Sh*t My Dad Says, which started out as a Twitter feed and quickly became a phenomenon developing into a book and a television series. While this isn’t a particularly inspiring or hilarious book, the introductory story really caught my attention. It’s mostly about his awkward teenage years that of course include the observations and witty comments of his father. 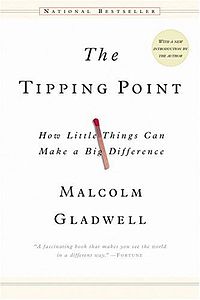 The Tipping Point by Malcolm Gladwell

This is a non-fiction text about the spread of ideas, products, messages, and behaviours. Gladwell notes that these things can sometimes spread so quickly that they practically become epidemics. He explains how this has happened with examples from all sorts of realms and with the help of three specific types of people.

I must admit that I actually listened to this book instead of reading it. I love bringing an audio book along for the drive whenever I have to take a long trip somewhere. Gladwell makes some really interesting observations in this book and talks specifically about why certain things “stick” while others are simply forgotten. If I had of been reading it, I probably would have marked down all sorts of passages to share with you. That’s the only flaw of listening as opposed to reading. Perhaps I will have to revisit this book in the future for just that reason.