We are going through Star Trek Into Darkness to illustrate just how dark a day this is for Star Trek fans everywhere. I cannot believe that they’ve made two horrible films in a row. And as bad as the 2009 reboot was, this sequel is even worse. It is practically unwatchable. Here’s why . . . 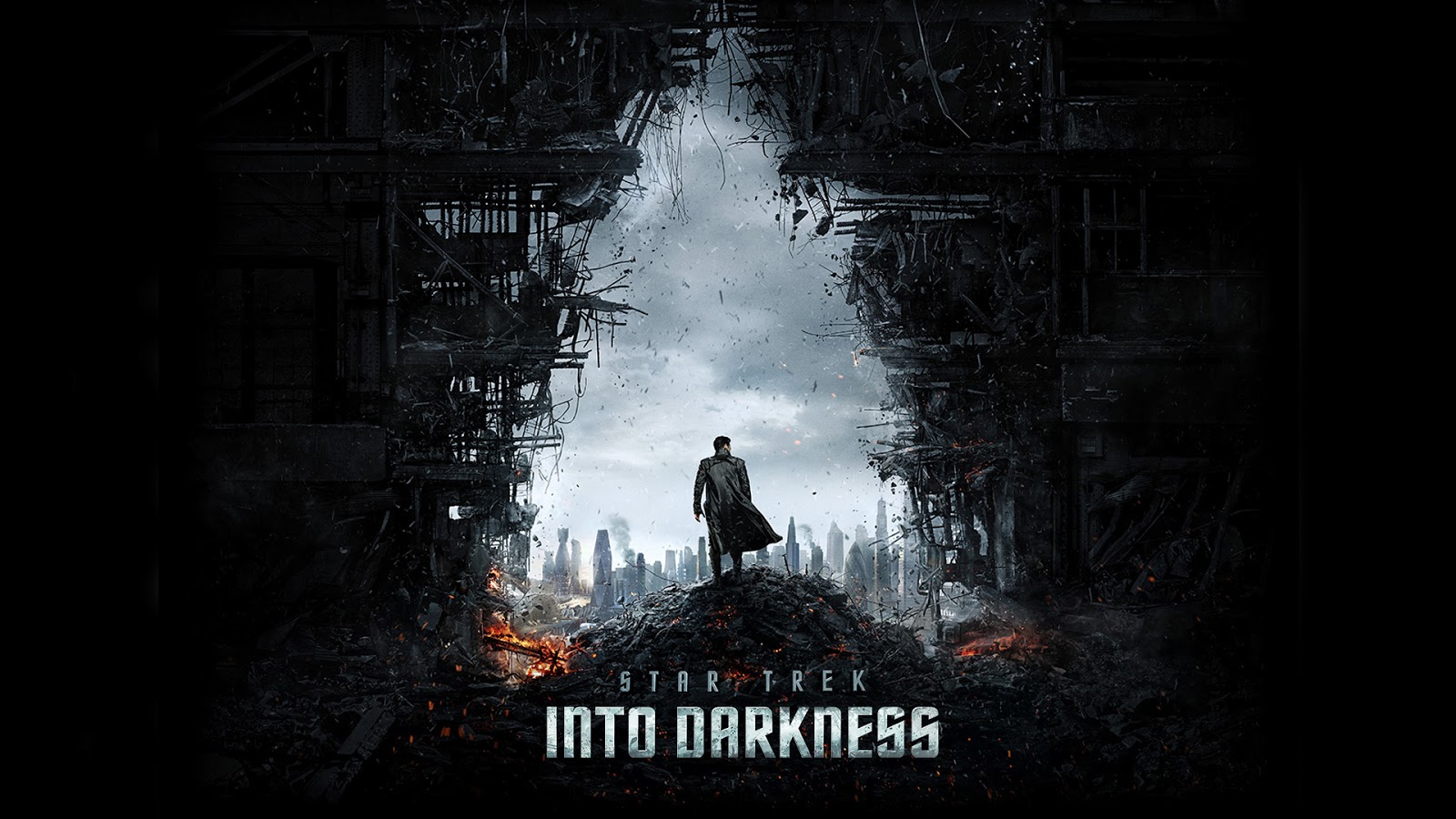 Future Spock’s cameo in the last film made sense. This scene really served no purpose and didn’t need to be included. More gimmicks for a weak film. Very disappointing.

Just past the halfway mark of the film, we find out that the real enemy was a Starfleet big wig. The admiral alone could have been the main villain here. His accomplice could have been anybody and really didn’t need to be Khan.

The fact that Khan was in this film without any of his backstory or history really cheapens the original character and how well it was played by Ricardo Montalban.

This ship is more powerful that Enterprise D in The Next Generation. It can follow a ship through Warp and fire at those ridiculous speeds. This makes no sense in the Star Trek universe. This technology is at least 300 years ahead of its time. It doesn’t mesh in this timeline at all.

He did this before in the original run of movies. Once again, Star Trek writers repeating the past. It was just gimmicky here too.

25) Diving from ship to ship

This is highly improbable and unrealistic even in this new and crazy world of Star Trek. That being said, Data did the same thing in Star Trek: Nemesis. Star Trek writers can’t seem to come up with anything new, can they?

The writers tried to be cute with this one.

The scene was near identical to the one in Star Trek II: The Wrath of Khan but this time Kirk dies instead of Spock.

The bad thing here is that we were never given a chance to mourn Kirk. We truly believed Spock was dead in the original film and we cried. It was a beautiful scene.

This was so painfully obvious and unbelievable. It made no sense. At least in Wrath of Khan we thought Spock was dead and had no idea how he’d come back. In The Search for Spock, we are given a good reason for his revival. One that makes sense.

Khan’s blood – come on, that makes no sense.

I don’t think it’s possible to have a fist fight on top of cars on the highway so it’s even more improbable to have one on top of Space Cars zooming through the air.

This relationship makes no sense. Now there are three people on top of a space car too.

Spock says, “You are welcome, Jim.” In the original series, Spock was cold and emotionless for quite some time. He never called Kirk by his first name, not until many years later. It seems like they’ve rushed this whole thing. Especially since he lost his planet in the last movie. You figure he’d hold onto his heritage a little more stubbornly than this.

Those are my thoughts on the film. Agree with me or disagree?